Taylor Swift may have finally met her match.

The pop music superstar was once again shut out of landing another No. 1 hit single when Swift’s latest song, “You Need To Calm Down” peaked at No. 2 on the Billboard Hot 100 behind Lil Nas X’s surprise country-trap smash “Old Town Road.”

For Swift, the letdown marks her second single to be denied top chart honors as “Old Town Road” has managed to remain at the coveted top spot for 12 consecutive weeks – the 20th single to ever scale the music mountaintop for that long.

Since its rise to prominence, “Old Town Road” has defended its spot atop the charts against six different songs, including “Me!” another one of Swift’s popular songs that she released in April as “Old Town Road” began to dominate and was making waves on social media and during the NCAA Tournament – this according to Chart Data.

Swift, 29, had positioned herself for the opportunity to overtake the humble rapper, dropping “You Need To Calm Down” on June 14 – right in line with LGBTQ Pride Month, however, the “Look What You Made Me Do” songstress seemingly met her Kryptonite with the Western-derived jingle.

In fact, Lil Nas X garnered so much attention from his catchy tune, the mayor of Flavor Town himself – Guy Fieri even hit up the 20-year-old cowboy for a “Flavor Town Road Remix” earlier this month.

“It’s never too late for u legend,” Lil Nas X tweeted back to the Food Network star.

While it’s nearly impossible not to hear the banjo twang of “Old Town Road” wherever music is played, Big & Rich crooner John Rich said he’s on board with the country tune as long as respect is given to the genre. 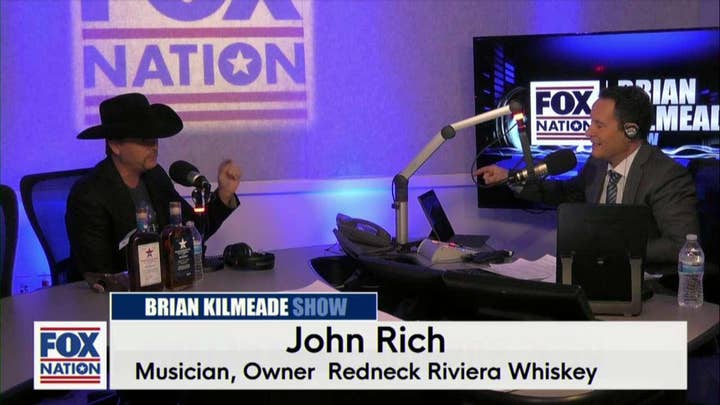 “I don’t like people that try to piggyback on real country music,” Rich told Fox Nation’s Brian Kilmeade in April. “So, I think if you really want to be a country artist, then be one – come to Nashville, write your music, really come up with something that’s fitting somewhere around country music.”