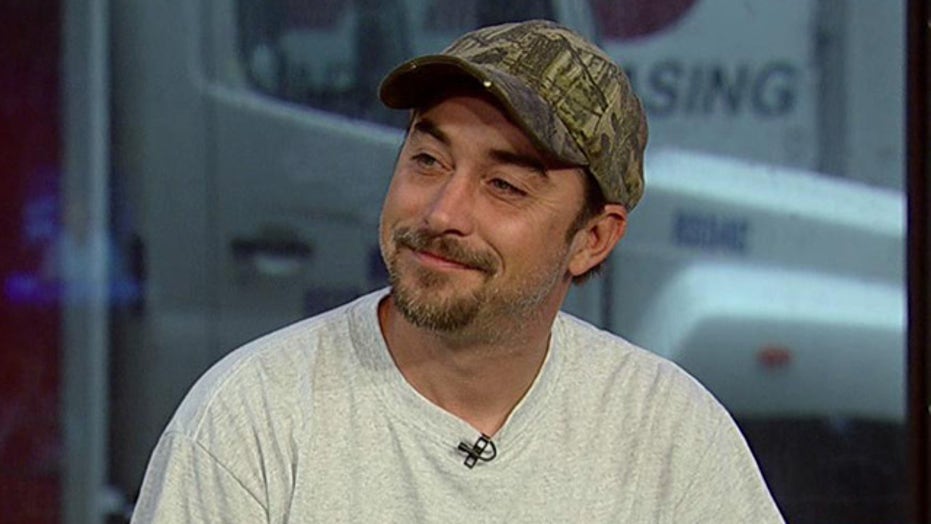 Is America ready for Tickle?

'Moonshiners' star gets own show

LOS ANGELES – Audiences couldn’t help but fall for Steven Ray Tickle – better known just as Tickle – the unpolished, lovable sidekick on the Discovery docudrama television series “Moonshiners.” But now, the (illegal) alcohol-making reality pro is heading up his own self-titled series, and sharing with the world what life is like in moonshine's off-season.

“It’s about what I’m doing when I am not (making Moonshine), it is a grasp of what it is like in my normal life,” Tickle told FOX411’s Pop Tarts column. “But my normal? That’s not really typical.”

“Tickle,” which premieres Tuesday, is centered on his trials and tribulations after discovering a hidden reserve of moonshine by accident deep in the woods of Virginia. But given that moonshine is outlawed in the United States, Tickle needs to find a way to off-load it without brushing up against authorities, concocting sneaky ways of covering his moves to protect his tens of thousands of dollars worth of precious 'shine.

“Moonshine is illegal, and that’s a problem. If you get caught with it, you’re going to go to jail. That can make my life hard to live, and I am always looking over my shoulder,” Tickle explained. “But the police know they have to catch me actually doing something wrong, and they haven’t done that.”

In the forthcoming series, the moonshine enthusiast enlists the help of his buddies – cousins Howard and Moe – to work with him as he rents a storefront in the tiny town of Gretna, Va., opening a fishing store in the front, and a moonshine distribution center in the back. The team has their work cut out dodging law enforcement and prying eyes of townsfolk. Read: things get messy, and making Moonshine is actually the easy part.

“There were seven shops on the main street, so Tickle decided to open the eighth,” said the show’s executive producer, Joe Schneider. “I don’t think Tickle was too prepared to be a business owner.”

But what audiences may not be prepared for is learning just how well-rounded, knowledgeable and downright intellectual the spin-off star truly is.

“We would pull him aside and ask questions, and he just knows vast amounts of incredible information on all things from science and astronomy and history. He has a real breadth of knowledge,” Schneider continued. “And he is a pretty decent cook too – there’s moonshine included in most of the recipes.”

The Virginia Department of Alcoholic Beverage Control did not respond to a request for comment for this story. But after “Moonshiners” debuted in 2011, the department stated that “if illegal activity was actually taking place, the Virginia ABC Bureau of Law Enforcement would have taken action.”

However, Tickle insists his stuff is the real deal, and that his life and profession are part of the fabric of this great land.

“Moonshine played a big part in making the U.S. the great country it is today. It was one of the first things taxed to help form our government. Back in the day, politicians didn’t take a salary so moonshine helped bring in money to pay for what was needed. I would say it is an American institution,” Tickle added. “And now, people are not supposed to have it and they’re not supposed to drink it… But that’s what makes audiences so intrigued.”

“Tickle” premieres on Discovery on August 13.