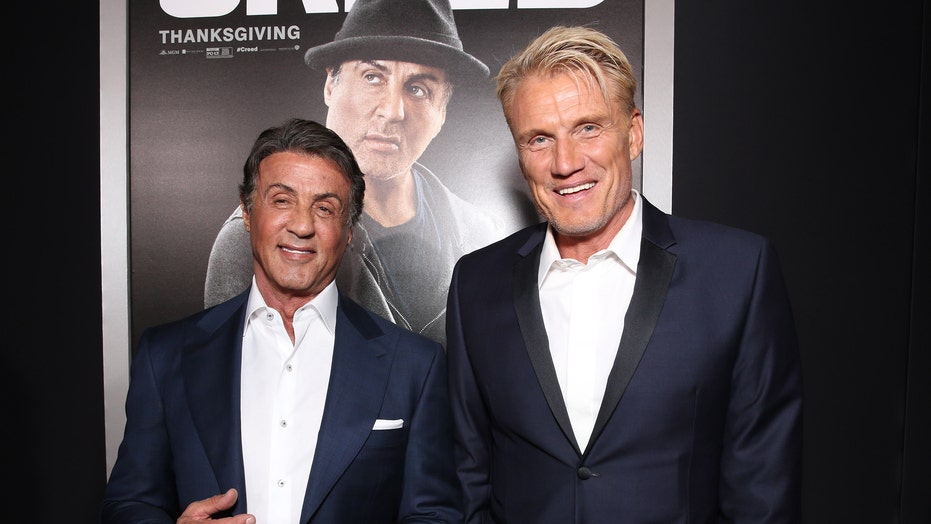 Sometimes it's not all love between co-stars.

Sylvester Stallone stopped by "The Tonight Show Starring Jimmy Fallon" on Thursday to chat about his new "Rambo" movie but the late-night host couldn't help but ask about his iconic movie franchise, "Rocky."

The 73-year-old admitted that casting Rocky Balboa's nemesis, Ivan Drago, in "Rocky IV" was a tough process until he found Dolph Lundgren.

“In 'Rocky IV' I really wanted a big, horrible, vicious guy,” Stallone admitted. “Like a primitive. And I couldn’t find him. I’m finding giant wrestlers and football players and that. And then all of a sudden the door opened, the smoke came in, there’s light. [He had a] proceeding hairline, shoulders this wide, everything was perfect.”

“Even his calves were coming through his clothing. Just muscular,” he added. “Blue eyes are staring into my soul. He was the real Terminator, and I was like, ‘I hate this guy. He’s too perfect. And if I loathe him, I’m sure the world will.’ He’s not really, but he looks like something from a thousand years into the future.”

Stallone and Lundgren are good friends in real life, and have been for many years.

“There’s an idea we’ve come up with called 'The International,'” he explained. “It deals with the UN but it’s a different kind of UN, a little hardcore. There’s a lot of action in it but it also really feeds into who Dolph is, because he is international. He’s incredibly intelligent, so he’s going to bring a different spin to the whole thing.”

They recently starred together in the 2018 boxing drama "Creed II" in which they both reprised their "Rocky" characters from the 1985 movie.