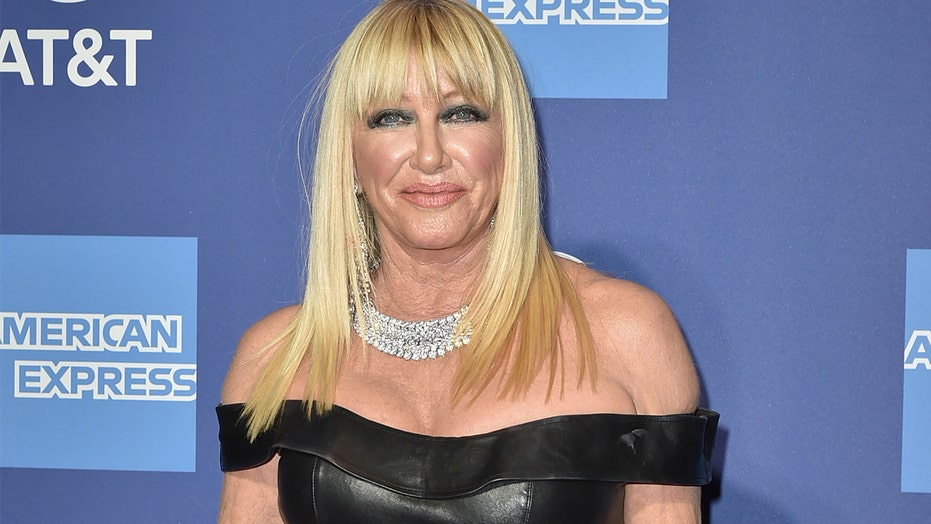 For Suzanne Somers, age is just a number.

The 73-year-old told UK’s Daily Mail on Monday that she and her husband, manager Alan Hamel, enjoy using “shots of PT-141,” or “a melanocortin-based peptide used to generate sexual arousal.”

“I’m kind of in that groove, like when you were younger and you’re in the mood all the time, and so is he, because he’s on hormone replacements,” explained the former “Three’s Company” star.

“I thought, ‘Wow, what a great thing,’” said Somers. “Because men have had Viagra, but this [is] actually a shot for both men and women that’s not a drug. It just stimulates that part of your brain that says, ‘Hey, I’m kind of in the mood.’ And so, isn’t that a wonderful thing. And it’s not a drug, so I love it.”

The actress said that while many of their contemporaries can barely get out of bed, she and Hamel are having sex twice a day.

Somers and Hamel have been married since 1977 — and she insisted the sparks are still sizzling.

“Oh, he’s just so beautiful,” she said. “I had sex with him on our very first date just in case there wasn’t a second one. I just wanted to be with him that first time.”

Somers' declaration for Hamel comes just weeks after she endured backlash from social media users, who expressed strong opinions about her Instagram snap celebrating her 73rd birthday in nothing but her “birthday suit.”

“I’m 73, I love the way I feel,” Somers told Fox News exclusively at the time. “I love my great health, I adore my husband and family and it was very hot that day! Haha.”

SUZANNE SOMERS CATCHES 'BIRTHDAY SUIT' NUDE PIC BACKLASH: 'WHY WOULD SHE DO THAT?'

“I am uncertain whether Suzanne has a comment about these few haters who routinely turn up on her digital platforms,” Hamel told Fox News. “It’s usually the same group and we ignore them and not provide them any oxygen. If Suzanne announced she had found a cure for cancer, they would still be doing their hate thing.”

“I believe these are people who are desperately unhappy with who they are personally and get off anonymously saying negative things about people they do not know,” he continued. “It would be easy to block these folks, but we believe in the First Amendment big time.”

Back in 2017, Somers told Fox News her business/romance collaboration with Hamel continues to thrive decades later.

“I am madly in love,” she declared. “I still am. It’s bizarre to me that after 40 years of marriage and 50 years together that I still feel that way. But he turns me on, and I think I turn him on, and it’s always been like that. You know the way it is when you first start dating someone and this might be the one? That feeling has never gone away."