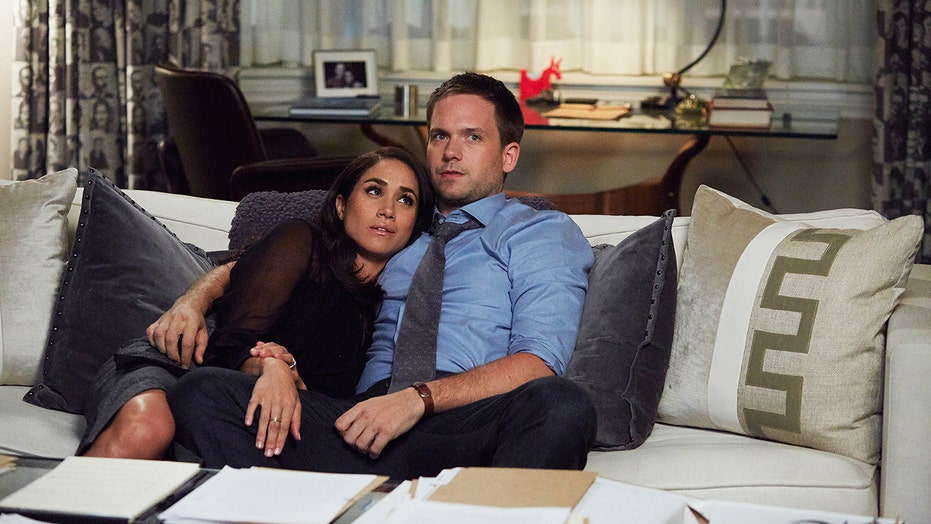 "Suits" fans were hoping for a surprise cameo from Meghan Markle in the USA show's final season.

Instead, they'll have to settle for a light-hearted joke about her royal status after she married Prince Harry in May 2018.

When asked how Rachel was doing, Mike said, “Good. In fact, if I told you how good, you probably wouldn’t believe me.”

The "Suits" official Twitter account later highlighted the joke. “Turns out Rachel is doing REALLY well,” the account said, with a GIF of the moment from the show.

The Duchess of Sussex, 38, played paralegal-turned-lawyer in the legal drama for seven seasons before departing for life in England.

She announced her retirement from acting following her engagement in fall 2017.

“It’s a new chapter, right? And also, keep in mind, I’ve been working on ['Suits'] for seven years. We were very, very fortunate to have that sort of longevity on a series,” Markle added. “I’ve ticked this box, and I feel very proud of the work I’ve done there, and now it’s time to work with [Harry] as a team.”

Prince Harry and Meghan Markle attend an official photocall to announce their engagement at The Sunken Gardens at Kensington Palace on November 27, 2017 in London, England (Karwai Tang/WireImage)

“I think what’s been really exciting as we talk about the transition out of my career and into my role is the causes that are really important to me that I can focus even more energy on,” she said. “Very early out of the gate, I think you realize you have access or a voice that people are willing to listen and with that comes a lot of responsibility, which I take seriously.”