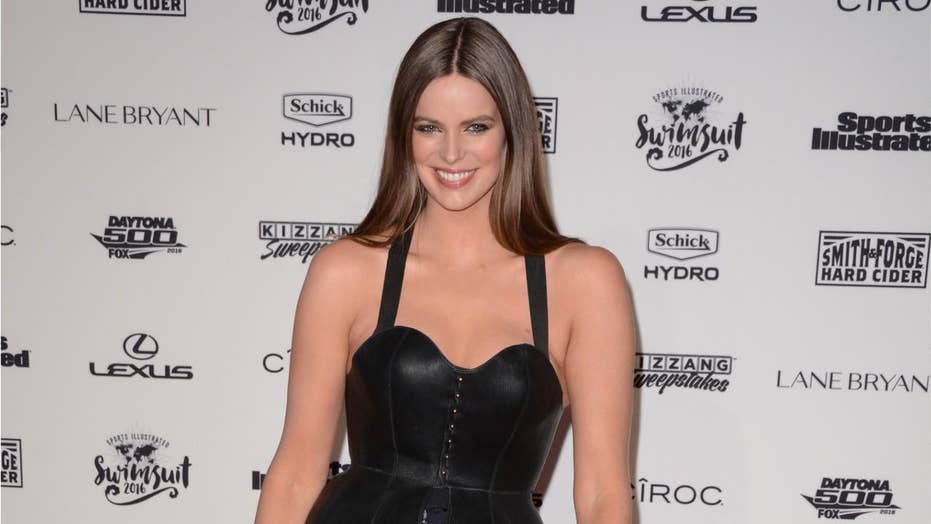 Australian Model Robyn Lawley posted photos on Instagram from an accident where she had a seizure and fell down a flight of steps, resulting in a large scar on her face.

Sports Illustrated model Robyn Lawley is back to showing off her famous figure after suffering from a seizure that caused her to fall and badly injure her face in June.

On Thursday, the Australian model took to Instagram in a sexy, blue bikini.

Aware of the suit's skimpiness, the model wrote in the photo caption, "Interested to see if these hold up in the water."

The sexy, go-lucky image of the model comes just a few months after Lawley suffered a bad seizure which caused her to fall down the staircase of her New York City home. The terrifying fall resulted in abrasions on the model's forehead, chin and upper lip.

Lawley had previously revealed that she was diagnosed with lupus and Antiphospholipid syndrome.

Lupus is an autoimmune disease that “attacks your own tissues and organs,” according to the Mayo Clinic. Antiphospholipid syndrome is a blood disorder that “occurs when your immune system attacks some of the normal proteins in your blood,” Mayo Clinic describes.

But after receiving extensive stitches for her injuries, the model has been on the mend.

In August, the Sports Illustrated model shared a side by side photo of her face right after the accident and after a few months of healing.

"As I’m getting ready to return to work, feeling strong and near myself again, I want to be completely honest with you, in this day and age where we seemingly share all, I needed some time, healing physically and emotionally," the model wrote before introducing a lengthy explanation of her accident to her followers. She added that she was also thankful she didn’t break her neck and wasn’t holding her 3-year-old daughter at the time of the incident.

The model then joked that she had a lightning bolt scar on her forehead like fictional character Harry Potter but said she would not be wearing makeup to cover her scars.

“As the scars fade, apart of me wants nothing to do with them and a part of me wants to embrace them. They make us who we are. Plus wearing daily makeup to cover my face is something I do not do,” Lawley wrote.

“Life isn’t all rainbows. I’ve found strength the past few months following people who are brave to share their physical and emotional ongoing battles,” she continued.

Prior to her accident in June, Lawley spoke to Fox News about her 2015 pregnancy with her daughter and how she worried about getting her famous figure back after giving birth.

"My body is my work," she explained at the time. "I was really nervous about how [the industry] was going to react to my body and how much it would change after having a baby. And it did. It dramatically changed. I just realized that I could either hide from the rest of the world or just embrace it because this happens to everyone. And that's what I did."

So after embracing her changing body, Lawley realized that nothing was preventing her from landing gigs in the fashion world.

"There’s no point in holding yourself back or not wear a bikini because you’re afraid to be seen at the beach," she said. "No one’s looking and no one cares that much. Even if they did, that’s their problem. Just have fun. You only have one short life. Don’t waste it on thinking people are going to stare at you in the corner. I think we waste too much time thinking about that."