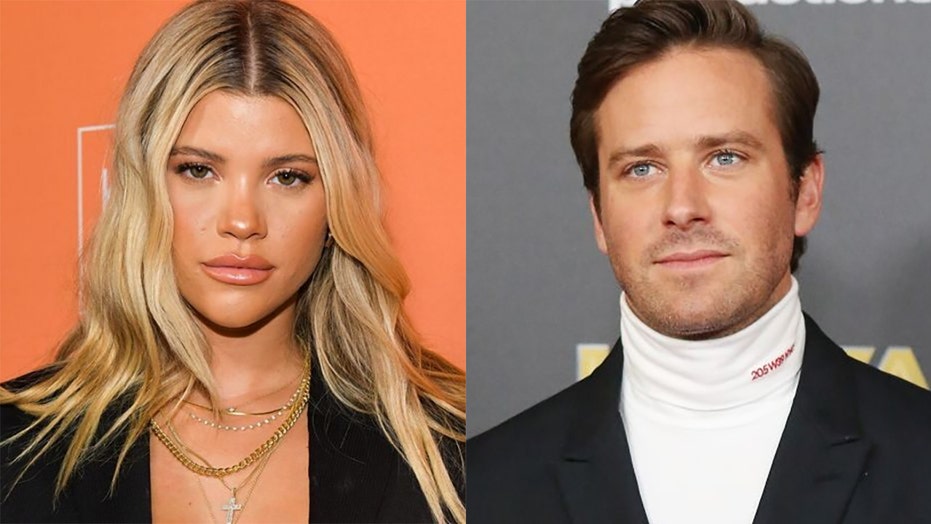 A bevy of actors and models are being slammed as "sellouts" on social media for promoting a music festival that took place in Saudi Arabia.

Actors Armie Hammer, Wilmer Valderrama and Ryan Phillippe, as well as models Sofia Richie and Joan Smalls, were among some of the world's biggest stars who reportedly were offered up to eight figures to attend the MDL Beast music festival overseas.

The stars came under fire after they began posting images and videos from Saudi Arabia in support of the festival. Fans claimed the stars were turning a blind eye to the country's human rights violations.

Phillippe, 45, sparked outrage after posting a photo of himself wearing a red and white headdress with the caption, "Uproar."

"How much are they paying all these people to go there? The government literally kills journalists & gay people," one of the actor's followers commented.

The "Cruel Intentions" star continued to post photos from the Saudi Arabia trip on his Instagram, claiming that Monday was a "magical day with wonderful people."

Sofia Richie, 21, also received criticism after posting a mirror selfie with a couple of female friends and the caption "Saudi girls."

"Call Me By Your Name" actor Armie Hammer caused a media firestorm of his own after praising Saudi Arabia and comparing  the music festival to "Woodstock in the 1960s."

Hammer, 33, claimed he felt a "cultural shift" during the overseas event.

"Social evolution is slow and takes time but what I was able to be a part of felt like one giant seed of growth," Hammer wrote. "The people there were throwing themselves into the experience will lead a cultural revolution that we all need to get behind and support."

Other influencers reportedly in attendance were Irina Shayk, Alessandra Ambrosio, Winnie Harlow and Scott Disick. Model Emily Ratajkowski revealed Monday that she turned down a six-figure paycheck to appear at the festival in Riyadh.

“It is very important to me to make clear my support for the rights of women, the LGBTQ community, freedom of expression and the right to a free press,” the model told fashion Instagram page, Diet Prada. “I hope coming forward on this brings more attention to the injustices happening there.”

The Instagram page pointed out that the United Nations called out Saudi Arabia for causing “the world’s worst humanitarian crisis” while delving into the amount of money offered for appearing at the festival.

“What’s worse than an all white @revolve influencer trip? Cashing big fat checks in exchange for #content creation (aka propaganda) to rehabilitate the image of Saudi Arabia, a country said to be causing ‘the world’s worst humanitarian crisis,’ according to the United Nations. According to anonymous sources, six-figure sums were offered for attendance and geo-tagged posts,” they wrote.

“Following the government’s pre-meditated murder of journalist Jamal Kashoggi [sic] in October 2018 , the arrest of women’s rights activist Loujain al-Hathloul in May 2018, the outing of a gay Saudi journalist and his partner who began receiving death threats from their families (homosexuality is a crime in Saudi Arabia and punishable by death), and countless other human rights abuses, a bevy of supermodels, influencers, celebrities, and musicians convened in Riyadh for the inaugural @mdlbeast,” the page continued.

“According to @hypebeast , the electronic music festival is ‘one of the most significant musical events the region has ever seen,’” Diet Prada further noted.