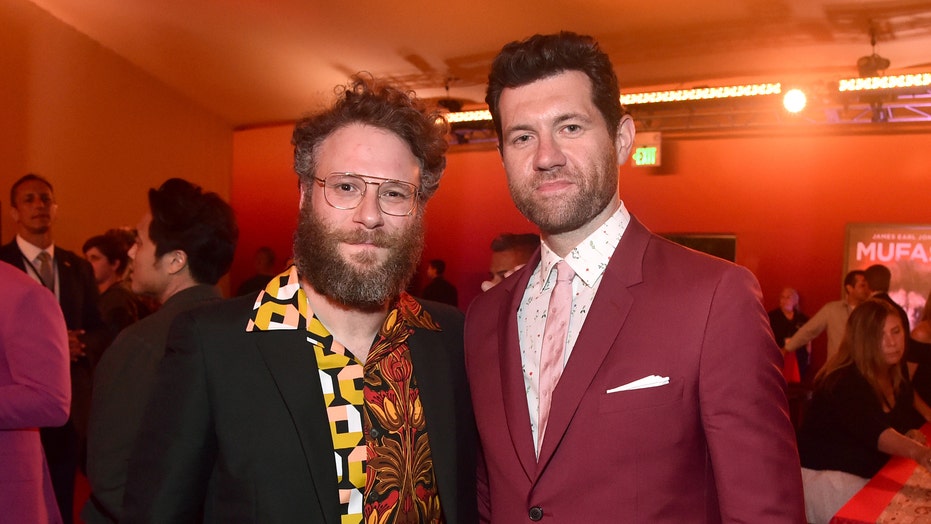 Seth Rogen and Billy Eichner became close friends while working together on the Disney remake of "The Lion King."

But apparently, the duo -- who voiced Pumbaa and Timon, respectively -- would still rather be associated with Beyonce -- who voiced Nala --than each other.

Although they never got to voice record with Queen B, the two were privileged enough to stand next to her during the movie's red carpet premiere in London.

Rogen and Eichner both posted photos on their social media pages from the special night. The "Billy on the Street" star captioned his photo, "BILLYONCÉ."

While "The Long Shot" actor posted a similar photo. "Guys I did it," he wrote.

An eagle-eyed fan on Twitter noticed a striking similarity with the photos. "My favorite part of The Lion King is @billyeichner and @Sethrogen cropping each other out of their picture with Beyoncé," she wrote.

To which Rogen responded in mock surprise, "Billy, how dare you."

The funnyman revealed to Jimmy Kimmel while promoting the movie that he was just honored to be in the Grammy-winner's presence. “I’ve never seen this happen before. … Beyoncé was called out and the audience stood up and went crazy,” he revealed. “I was like, ‘She’s getting a standing ovation for just existing.’“

"I know they weren’t clapping for me, but I was on the stage, and I, for a brief moment, felt like what it must feel like to have that adulation,” he Rogen described. “All I was thinking was, ‘Oh, people don’t like me that much. I don’t get one iota of this.’ No, I get, like, a smattering at best. Like, they saw her and people lost their goddamn s—.”

Eichner shared similar feelings about working with the musical icon.

“I’ve always been a huge Beyoncé fan, like the rest of the world,” the "Difficult People" actor told People magazine. “I’m not as young as I look, so I remember when Destiny’s Child first came out, my friends and I in college were huge Destiny’s Child fans. I’ve seen Beyoncé live a number of times.”