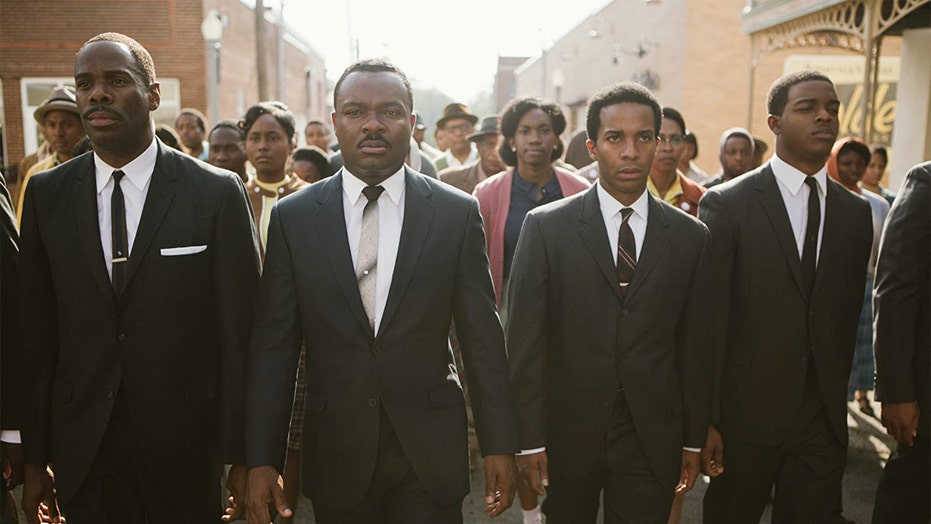 "Selma" -- which follows Martin Luther King Jr.'s 1965 march from Selma to Montgomery, Ala., in a campaign to secure equal voting rights -- will be available for free on digital platforms during the month of June, according to Paramount Pictures, the studio behind the 2014 movie.

"The key message of Selma is the importance of equality, dignity and justice for all people. Beginning today, Paramount is making @SelmaMovie available for free rental on US digital platforms through the end of the month," a tweet from Paramount on Friday read, announcing the news.

Ava DuVernay, the director behind the Oscar-nominated movie, also shared the news on her own Twitter account, writing: "Happy to share: Paramount Pictures is offering SELMA for free rental on all US digital platforms for June, starting today. We’ve gotta understand where we’ve been to strategize where we’re going. History helps us create the blueprint. Onward. @SelmaMovie."

.'JUST MERCY' MOVIE MADE FREE TO RENT AS A RESOURCE TO LEARN ABOUT 'SYSTEMIC RACISM,' WARNER BROS. SAYS

The studio follows Warner Bros. Pictures, which recently made its movie "Just Mercy" -- chronicling courtroom struggles against racial injustice and mass incarceration -- available for free on digital platforms during the month of June as well.

Both studios' moves come amid a period of civil unrest.

Paramount has made its 2014 Oscar-nominated movie, 'Selma,' available to rent for free during the month of June.  (Paramount Pictures/Pathe/Harpo Films/Plan B Entertainment/Cloud Eight Films/Ingenious Media)

Across the country, people have been protesting against police brutality, specifically against members of the black community, in the wake of the death of George Floyd, who died while in police custody after an officer kneeled on Floyd's neck for eight minutes, moments that were captured on cellphone video. In the footage, Floyd, 46, shouts “I cannot breathe” and “don’t kill me,” before losing consciousness. He was later pronounced dead.