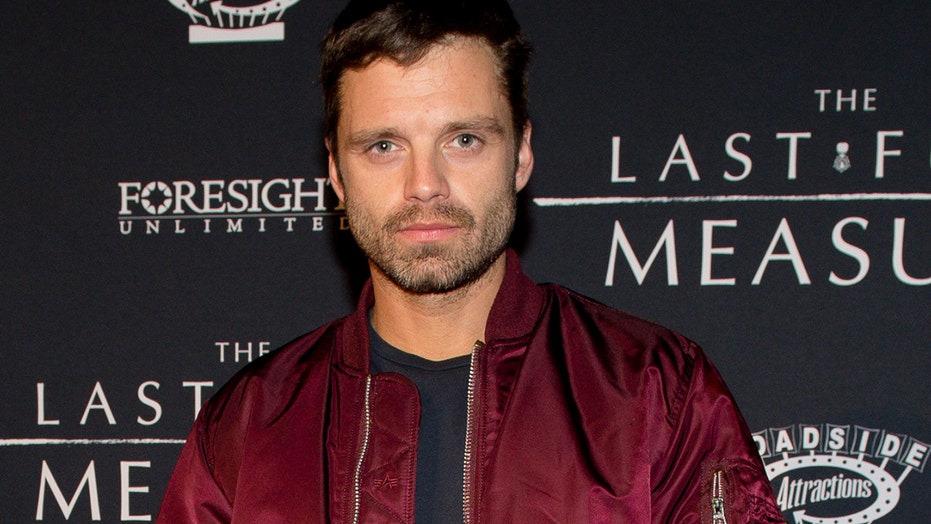 Sebastian Stan isn't taking any chances when it comes to the coronavirus — and his fans are split on social media over whether or not the actor is taking his health precautions a bit too far.

The Marvel star, 37, was aboard a Delta flight to Europe when he shared a hilarious selfie showing all the preventative measures he took for the overseas trip.

The actor was seated on a plane wearing a face mask covering his mouth and nose, an eye mask and a hooded sweatshirt. For extra defense, the actor donned black gloves and had a pillow across his chest and a white blanket wrapped around his shoulders.

"Thanks @delta for getting me to Europe safely...#BuckytakesEurope," the "Captain America: The Winter Soldier" actor captioned the pic, which also shows him holding a glass of white wine.

While it is hard to confirm the actor's identity since nearly every inch of him is covered, fans and fellow celebrities believed he was under there somewhere and communicated mixed reactions.

Cara Santana hinted she was "dead" with three coffin emojis.

Another fan joked they "CHOKED ON AIR" while looking at the picture while several agreed, "Safety first."

However, some fans said the actor went a little overboard.

Passengers wait inside a terminal building at Linate airport in Milan, Italy, on Wednesday, Feb. 26. As the number of people infected by the coronavirus in Italy rises above 300 -- mostly in the rich, industrial north -- restrictions imposed to stem its spread are threatening deeper economic woes.  (Gianmarco Maraviglia/Bloomberg via Getty Images)

"This is..incredibly dramatic," one fan wrote.

Another one of his followers responded: "are you ok?"

"Oh my god SO FRICKING DRAMATIC. Such a drama queen," another fan replied.

"What kind of American clownery is this Sebastian," asked another.

Stan's precautions come at a time of widespread panic as the death toll and number of cases continue to rise.

On Wednesday, officials in Los Angeles County declared a local emergency after confirming six new cases of the coronavirus in the region.

“As of today we still don’t have known cases of community transmission,” Barbara Ferrer, director of L.A.County Department of Public Health, said.

According to the latest update from the Centers for Disease Control and Prevention (CDC), California has between 20 and 30 cases of COVID-19.

Meanwhile, a recent report claimed the United Kingdom, in particular, had 51 reported cases as of Wednesday, according to the U.K. Department of Health and Social Care.

Time reported that more than 92,000 cases of coronavirus have been reported in over 100 countries and at least 3,085 people have died from the disease.