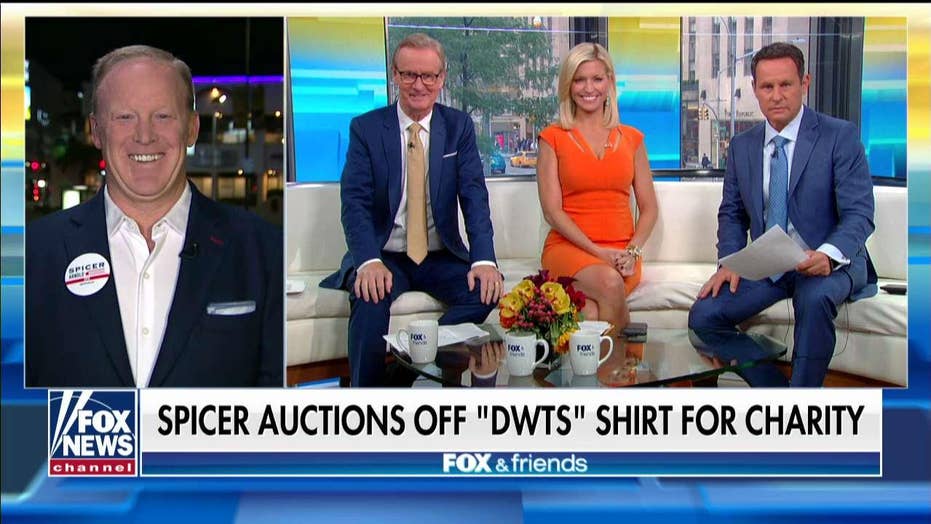 Former White House press secretary Sean Spicer announced Friday on “Fox & Friends” that he will be auctioning the now-famous shirt he wore on his debut on “Dancing with the Stars” to benefit two charities.

On Monday night, Spicer sported a neon-green ruffled shirt as he danced to the Spice Girls song “Spice Up Your Life” in a salsa routine. 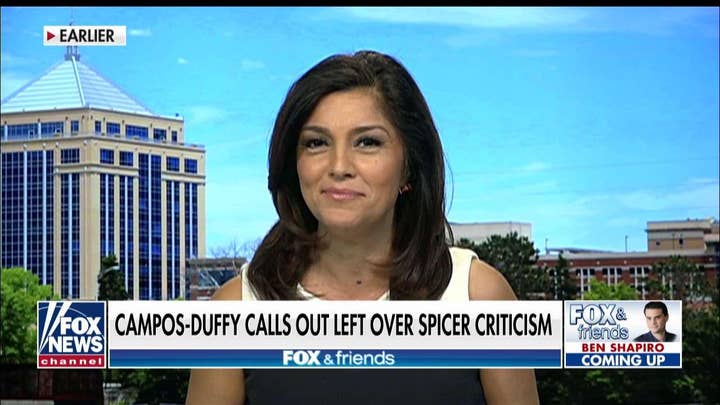 “I’m good to let it go for a good cause. These are two causes are near and dear to me,” Spicer said.

"Someone might want a great Halloween costume. Halloween is just around the corner. You might be a huge 'Dancing with the Stars' memorabilia collector."

Spicer admitted the lime-green is not his color.

“I didn’t read my contract real well,” he said after his dance partner Lindsey explained what he would be wearing during rehearsals.

Spicer went on to say, “I think this is payback for everybody who wanted to get back at me. So they’re like, listen, we’re going to put you in the worst shirt to make you play bongos, listen and dance to the Spice Girls and wear this shirt halfway cut down your chest.”

Spicer's performance Monday ended with confetti and he got a standing ovation from the audience, but the show’s judges did not seem impressed, giving him a total score of 12 out of 30.