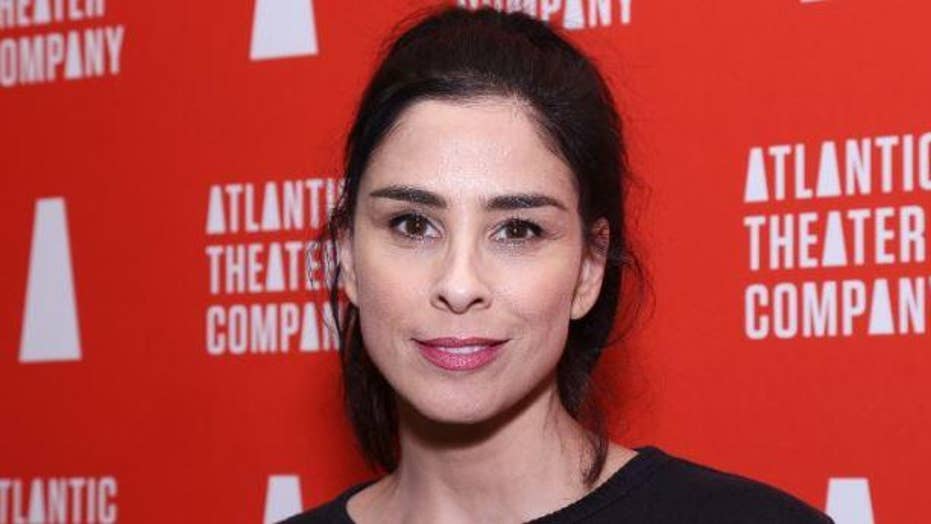 Sarah Silverman gets candid about Hulu canceling her series ‘I Love You, America’

Sarah Silverman gets candid about Hulu canceling her series ‘I Love You, America.’ On the inaugural episode of The Daily Beast’s new ‘Last Laugh’ podcast, Silverman revealed that the network exhibited some ‘cheap’ behavior while she fronted a show.

It’s been more than two months since Hulu canceled Sarah Silverman’s enigmatic series “I Love You, America.” Now, the star herself is laying into the streaming network for pulling the plug on one of its only shows garnering Emmy Awards attention.

The reality series debuted in October 2017 and sought to send the 48-year-old comedian around the country to not only speak to her more liberal-leaning audience but to try and meet those on the American right halfway across the aisle to find common ground on issues like abortion, immigration and religion. It earned itself both an Emmy and Writers Guild nomination during its 21-episode run.

Speaking in the inaugural episode of The Daily Beast’s new “Last Laugh” podcast with Matt Wilstein, Silverman got candid about Hulu’s decision to ax the show, noting that she was "super-bummed about it" and even revealed that the network exhibited some “cheap” behavior while she fronted a show.

“I know that they did love the show,” the comedian began her interview, according to a summary from The Daily Beast. “But I think what it cost compared to its popularity or the eyes that they had on it didn’t - you know, the people that make the decisions there don’t have any connection to the show. So it’s easier for them. It’s probably smart. They make very hard decisions.”

Sarah Silverman detailed an uncomfortable mammogram and ultrasound with an "arrogant" doctor on Wednesday. (Getty Images)

However, the star’s diplomacy with regard to Hulu was short-lived. Silverman, who is known for going off-book in interviews in the past, debated whether she should tell a particular story about her time working at the network. Finally, she concluded that she would “burn this one down” and discussed a surprising bill she received after the Emmys.

After noting that “I Love You, America” was one of the only shows on Hulu that garnered awards attention besides the highly-popular “Handmaid’s Tale,” she explained that the network billed her $1,500 for her hair and makeup at the Emmys.

“Even Comedy Central, like 15 years ago, paid for that s--- when I was nominated,” she said. “I was just flummoxed. Wouldn’t it be worth them paying $1,500 to not have me on Matt Wilstein’s podcast saying Hulu wouldn’t pay $1,500 for an Emmy for their network?”

Silverman also discussed her 2018 Hollywood Walk of Fame star ceremony. At the time, Netflix, a company she hadn’t worked with in more than a year, sent her roses and made a donation to a charity that the comedian supports. However, she revealed Hulu didn’t even send her an email to congratulate her despite her being an active star on its network.

“That stuff doesn’t mean anything to me—it really doesn’t,” she said. “But it’s just such a bad look for you guys. I don’t want to say ‘appalling.’ Separating children at the border is appalling. I keep my overhead very low, but Hulu doesn’t. So they should probably pay for s---.”