Sarah Silverman: Louis C.K. masturbated in front of me with my consent

“I don’t know if I’m going to regret saying this," Silverman told Howard Stern during his SiriusXM radio show, according to Variety.

"He could offer me nothing. We were only just friends. So sometimes, yeah, I wanted to see it, it was amazing. Sometimes I would say, ‘F---ing no, gross,’ and we got pizza.”

A rep for C.K. did not immediately respond to Fox News' request for comment. A rep for Silverman had no comment when reached by Fox News.

The 47-year-old actress told the story as part of her reasoning as to why she believed her friend C.K., who last November admitted to allegations of sexual misconduct, didn't understand the ramifications of his actions.

"I’m not saying what he did was OK," Silverman explained. "I’m just saying at a certain point, when he became influential, not even famous, but influential in the world of comedy, it changes. He felt like he was the same person, but the dynamic was different and it was not OK.” 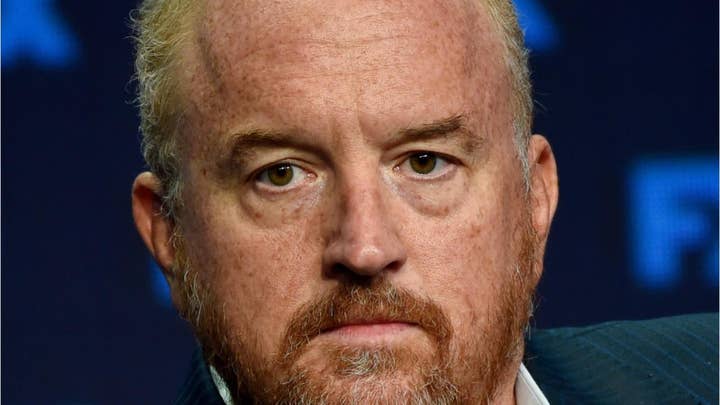 “I’m not saying everyone should embrace Louis again,” Silverman added, noting that she believes "he has remorse."

"I just want him to talk about it on stage. He’s going to have to find his way or not find his way.”

According to the outlet, Silverman previously spoke about the allegations against C.K. last year.

“He wielded his power with women in f---ed up ways, sometimes to the point where they left comedy entirely,” the star said.

“I could couch this with heartwarming stories of our friendship and what a great dad he is, but that’s totally irrelevant, isn’t it? Yes, it is. It’s a real mindf---, because I love Louis. But Louis did these things. Both of those statements are true. So I just keep asking myself, ‘Can you love someone who did bad things? Can you still love them?'”

In November 2017, comedians Dana Min Goodman, Abby Schachner, Julia Wolov, Rebecca Corry alleged that the comedian either pleasured himself in front of them, asked to do it or did so over the phone. A fifth woman detailed her allegations against C.K. to the paper but was not identified.

The comedian released an official statement to Fox News at the time and expressed remorse.

“I want to address the stories told to the New York Times by five women named Abby, Rebecca, Dana, Julia who felt able to name themselves and one who did not,” wrote C.K.

“These stories are true. At the time, I said to myself that what I did was okay because I never showed a woman my d--k without asking first, which is also true. But what I learned later in life, too late, is that when you have power over another person, asking them to look at your d--k isn’t a question. It’s a predicament for them. The power I had over these women is that they admired me. And I wielded that power irresponsibly."