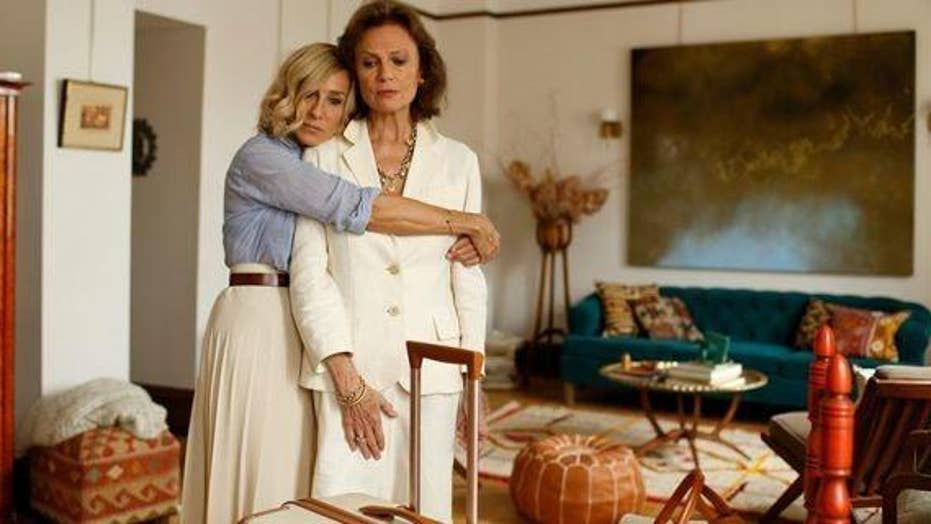 Even during her tenure as star and producer of "Sex and the City," Sarah Jessica Parker claims she wasn't immune to co-stars' bad behavior on set.

Parker, 54, lamented on NPR's "Fresh Air" last week that an unnamed co-star on the HBO hit "was behaving, not only inappropriately, but perhaps even I would say, they weren’t living up to contractual obligations as well."

She didn't detail the co-star's behavior explicitly, but she did say it got so bad that she actually spoke to her agent about it and reported it. Despite her high status on the series, however, Parker admitted she struggled with the decision to speak up about her discomfort.

"I think no matter how evolved or how modern I thought I was ... I didn't feel entirely in a position — no matter what my role was on set — I didn't feel as powerful as the man who was behaving inappropriately," she said, adding that that idea "strikes me as just stunning to say out loud, because there were plenty of occasions where it was happening and I was in a different position and I was as powerful."

SARAH JESSICA PARKER SAYS 'SEX AND THE CITY' WAS 'SUFFOCATING'

Sarah Jessica Parker speaks on stage at the WSJ The Future of Everything Festival at Spring Studios on May 10, 2018 in New York City. The "Sex and the City" star claims that an unnamed "big movie star" behaved "inappropriately" on the set of the HBO classic series. (Getty)

She explained, "I mean, I had every right to say, 'This is inappropriate.' I could have felt safe in going to a superior. And, in fact, I will say, when there was a situation with somebody and I did go to my agent, because I felt I was no longer able to convey how uncomfortable this was making me, how inappropriate it was ... within hours everything had changed. He said to them, 'If this continues, I have sent her a ticket, a one-way ticket out of this city [where she was shooting] and she will not be returning.'"

IS SARAH JESSICA PARKER FEUDING WITH 'SEX AND THE CITY' CO-STAR KIM CATTRALL?

Though she didn't identify the actor, she noted, "The nature of the person who I felt was really the instigator — this was a grown man, a very big movie star and, you know, he was baked — meaning his personality, it was cooked. He was a formed person and that wasn’t going to change. But I felt certainly better and safer, like I could finish what I had agreed to do."

She says that following the experience, things got better on set, though they weren't great. Still, she says, "I didn't have to listen to jokes about me or my figure or what people thought they could talk me into doing," she said. "All these men. All these men. That stopped."