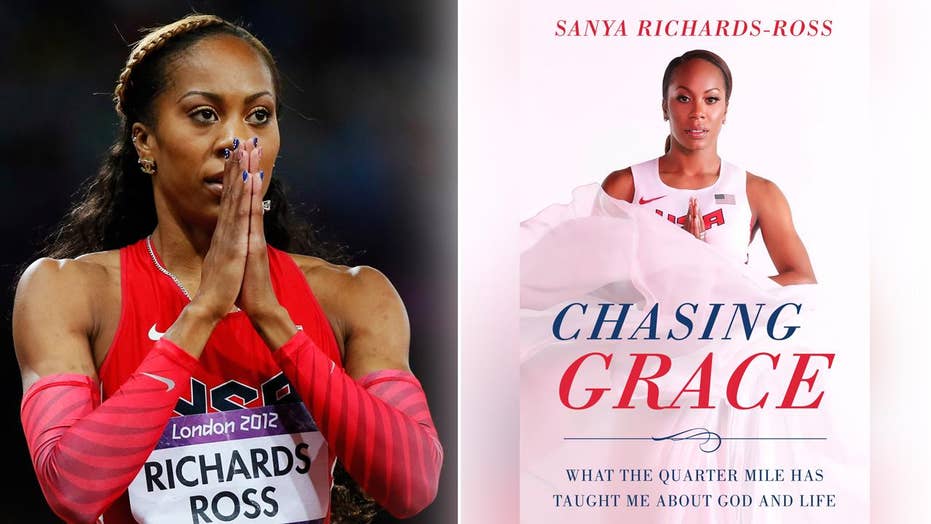 NEW YORK – Sanya Richards-Ross knew she wanted to be an open book when she sat down to write her memoir "Chasing Grace." Even if that meant revealing her most challenging moment: her decision to have an abortion before the 2008 Beijing Olympics.

"I was very prayerful about sharing my journey," Ross told Fox News. "When life gets a little bit gray, even when you want it to be black-and-white, it's not always easy. So my hope is to be honest and hope it helps other people."

The 32-year-old discusses many personal moments in her book including her journey to faith at 13-years-old, her struggle with jealousy in marriage and revealing for the first time she had an abortion in 2008.

Ross said she discovered she was pregnant right before leaving to compete in the Beijing Olympics. After discussing the impact a pregnancy and child would have on her career, her and her then-fiance, Aaron Ross, decided to terminate the pregnancy. They are now expecting their first child together.

"As a Christian and a woman who never saw herself have an abortion, it was really tough for me to experience," Ross told us with tears welling in her eyes.

"I get emotional talking about it right now," she said.

"So it challenged me. It challenged my faith. It challenged me in a way where you strive to be this person and then you're confronted with something that's very important to you and so it was really hard for me when I decided not to have my child and go to Beijing to compete to chase my dreams," she recalled.

Ross said she was not as successful as she wanted to be in 2008 and she believes it was because she did not feel right after having an abortion.

"A big part of why I wasn't successful was because I just felt so unworthy and the shame that I was carrying was very heavy," she shared with us. "When I reflect on that time, even though it's still painful to talk about it, I do appreciate that God was with me in that valley."

It was in that moment Ross realized there was nothing she could to do "separate yourself from the love of God."

"No matter what poor choices you make.. He does forgive us and it's important we forgive ourselves."