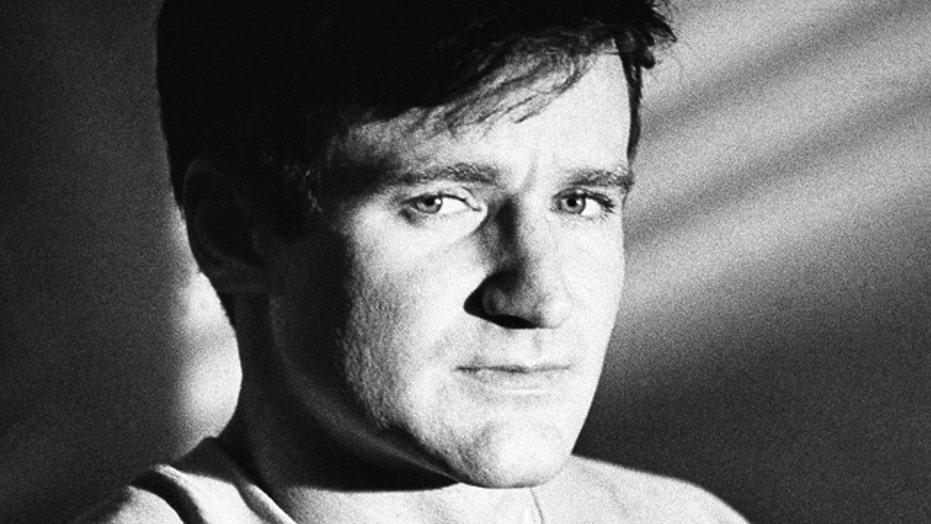 Oscar-winning actor and comedian Robin Williams, who dazzled in such wide-ranging dramatic and comedic roles as alien, nanny, therapist and cartoon genie during a four-decades long career, was found dead in his northern California home in a suspected suicide Monday. He was 63.

The Marin County Sheriff's Department said in a statement that Williams was found unconscious and not breathing in his home around noon. The statement said the investigation into Williams' death is ongoing, but the coroner "suspects the death to be a suicide due to asphyxia."

The Marin County coroner's office said Williams was last seen alive at home at about 10 p.m. Sunday. An emergency call from his house in Tiburon was placed to the Sheriff's Department shortly before noon Monday.

A representative for Williams said in a statement the actor had been battling "severe depression of late."

"This is a tragic and sudden loss," Mara Buxbaum said. "The family respectfully asks for their privacy as they grieve during this very difficult time.”

Williams' wife Susan Schneider said in a statement she is devastated and asked for privacy.

“This morning, I lost my husband and my best friend, while the world lost one of its most beloved artists and beautiful human beings," she said. "I am utterly heartbroken. On behalf of Robin's family, we are asking for privacy during our time of profound grief. As he is remembered, it is our hope the focus will not be on Robin's death, but on the countless moments of joy and laughter he gave to millions.”

Williams publicly struggled with addiction during his career and most recently went to rehab in June to “fine tune” his sobriety, his rep said at the time.

The rehab stint would have gone unnoticed, except that the comedian opted to pose with a fan for a photo at a Dairy Queen near the facility, and the picture eventually went viral.

Williams had spoken openly about his cocaine addiction, which plagued him during the '70s and '80s. Later, in 2006, he said he was an alcoholic and went to rehab to get his drinking under control. He had rebounded well enough to joke about his stint during his recent tour. "I went to rehab in wine country," he said, "to keep my options open." The following year, he told the AP that people were surprised he was no longer clean.

"I fell off the wagon after 20 years and people are like, `Really?' Well, yeah. It only kicks in when you really want to change," he said.

From his breakthrough in the late 1970s as the alien in the hit TV show "Mork and Mindy," through his standup act and such films as "Good Morning, Vietnam," the short, barrel-chested Williams ranted and shouted as if just sprung from solitary confinement. Loud, fast, manic, he parodied everyone from John Wayne to Keith Richards, impersonating a Russian immigrant as easily as a pack of Nazi attack dogs.

He was a riot in drag in "Mrs. Doubtfire," or as a cartoon genie in "Aladdin." He won his Academy Award in a rare, but equally intense dramatic role, as a teacher in the 1997 film "Good Will Hunting."

He also played for tears in "Awakenings," "Dead Poets Society" and "What Dreams May Come," something that led New York Times critic Stephen Holden to once say he dreaded seeing the actor's "Humpty Dumpty grin and crinkly moist eyes."

Fellow stars were quick to express their grief upon hearing about Williams’ death.

Actor and producer Garry Marshall remembered his friend, stating, "Robin was hands-down a comedy genius and one of the most talented performers I have ever worked with in television or film. To lose him so young at the age of 63 is just a tragedy. I will forever be in awe of his timing, his talent and his pure and golden creativity.  He could make everybody happy, but himself. He was my friend and it is rare that you ever have a friend that is also a genius."

President Obama also reacted to the news of Williams' death, stating, "Robin Williams was an airman, a doctor, a genie, a nanny, a president, a professor, a bangarang Peter Pan, and everything in between. But he was one of a kind. He arrived in our lives as an alien - but he ended up touching every element of the human spirit. He made us laugh. He made us cry. He gave his immeasurable talent freely and generously to those who needed it most - from our troops stationed abroad to the marginalized on our own streets. The Obama family offers our condolences to Robin's family, his friends, and everyone who found their voice and their verse thanks to Robin Williams."

San Francisco Mayor Edwin M. Lee commented on the star’s death, as he was a longtime resident of the San Francisco area.

“Despite his success, he has never forgotten San Francisco. He was a philanthropist who gave generously, and he was a friend of the city,” he stated. “San Francisco is heartbroken by the tragic loss of Robin Williams who forever changed the world with laughter and joy.”

Born in Chicago in 1951, Williams would remember himself as a shy kid who got some early laughs from his mother -- by mimicking his grandmother. He opened up more in high school when he joined the drama club, and he was accepted into the Juilliard Academy, where he had several classes in which he and Christopher Reeve were the only students and John Houseman was the teacher.

Encouraged by Houseman to pursue comedy, Williams identified with the wildest and angriest of performers: Jonathan Winters, Lenny Bruce, Richard Pryor, George Carlin. Their acts were not warm and lovable. They were just being themselves.

He unveiled Mork, the alien from the planet Ork, in an appearance on "Happy Days" and was granted his own series, which ran from 1978 to 1982 and co-starred Pam Dawber as a woman who takes in the interplanetary visitor.

"I am completely and totally devastated," Dawber said in a statement. "What more can be said?"

Following his success in films, Williams often returned to television -- for appearances on "Saturday Night Live," for "Friends," for comedy specials, for "American Idol," where in 2008 he pretended to be a "Russian idol" who belts out a tuneless, indecipherable "My Way."

Williams could handle a script, when he felt like it, and also think on his feet. He ad-libbed in many of his films and was just as quick in person. During a media tour for "Awakenings," when director Penny Marshall mistakenly described the film as being set in a "menstrual hospital," instead of "mental hospital," Williams quickly stepped in and joked, "It's a period piece."

Winner of a Grammy in 2003 for best spoken comedy album, "Robin Williams -- Live 2002," he once likened his act to the daily jogs he took across the Golden Gate Bridge. There were times he would look over the edge, one side of him pulling back in fear, the other insisting he could fly.

"You have an internal critic, an internal drive that says, `OK, you can do more.' Maybe that's what keeps you going," Williams said. "Maybe that's a demon. ... Some people say, `It's a muse.' No, it's not a muse! It's a demon! DO IT YOU BASTARD!! HAHAHAHAHAHAHA!!! THE LITTLE DEMON!!"

In addition to his wife, Williams is survived by his three children: daughter Zelda, 25; and sons Zachary, 31, and Cody, 22. Zelda took to Twitter late Monday to pay tribute to her father by posting a quote from Antoine De Saint-Exupery's "The Little Prince."