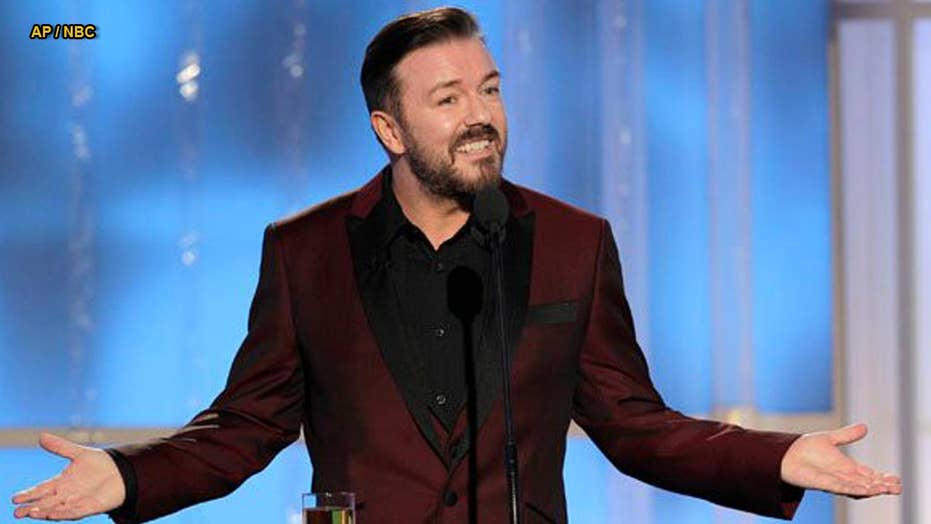 Comedian Ricky Gervais blasted political correctness and chastised his critics for painting him with a broad brush for advocating for what he calls 'freedom of speech.' The 57-year-old creator of the U.K. version of 'The Office' took to Twitter to sound off on some left-leaning people who were quick to denounce him after a few controversial comments he's made in the past.

A growing viral trend in the U.S. and U.K. has seen political figures get milkshakes thrown on or at them by liberal activists who disagree with the target’s views. Brexit leader Nigel Farage was the target of a milkshaking incident in May. Antifa protesters clashed with Proud Boys in Portland, Ore. over the weekend when some of the demonstrators threw milkshakes said to be mixed with quick-drying cement, raw eggs and pepper spray.

RICKY GERVAIS SLAMMED ON SOCIAL MEDIA AFTER TWEET COMES OFF AS DEFENSE OF LOUIS C.K.

Gervais, who is typically outspoken about political correctness on social media, took to Twitter to slam the idea that milkshaking exists under the bar of typical assault.

Brexit Party leader Nigel Farage after being hit with a milkshake during a campaign walkabout for the upcoming European elections in Newcastle, England, Monday May 20, 2019.  (Tom Wilkinson/PA via AP)

The comments received immediate backlash on social media, with many arguing that Gervais is siding with the opinion of white supremacists and conservative extremists. However, this is not the first time the outspoken comedian has been rebuked online for his views on liberal activism.

“I’m an old fashioned liberal lefty, champagne socialist type of guy,” he wrote in January after similar comments drew backlash. “A pro-equality, opportunity-for-all, welfare state snowflake. But, if I ever defend freedom of speech on here, I’m suddenly an alt right nazi. How did that happen?”

In addition, his most recent stand-up special “Humanity” premiered on Netflix in 2018 and dealt with a lot of the same issues of free speech and political correctness. Many weren't thrilled with the special and some of the comments made during it.