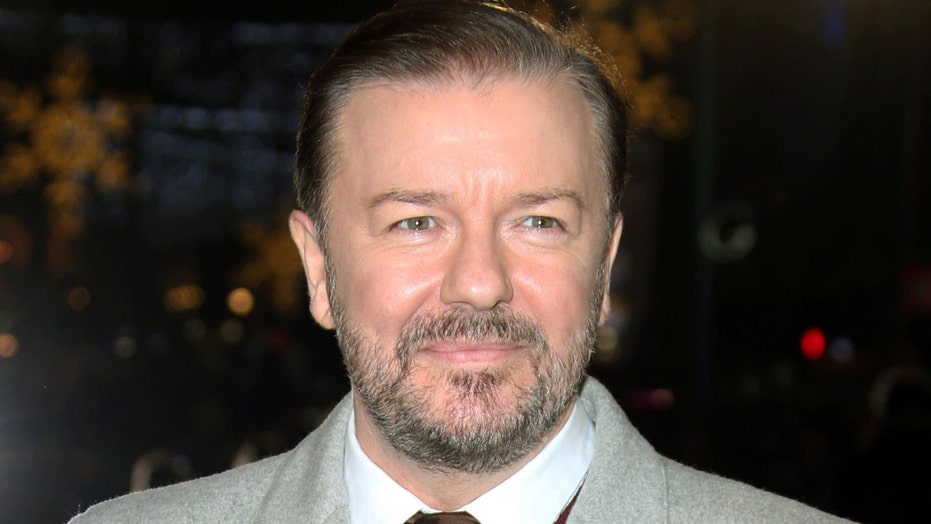 Ricky Gervais ready to push buttons at the Golden Globes

“Yes, what she did was bad art, but it was still just art,” the 55-year-old told Vulture. “There were people treating it like it was a real head. I’m screaming, ‘It wasn’t a f-----g president’s head!’ It was a visual statement. Her crime was that it was a bit crass and thoughtless, but who cares? That’s up to her. These are the same people that are screaming about freedom of speech, but then they shift the goalpost. They actually think this was a terror act.”

In response, the British comedian tweeted a photo of Trump’s two sons holding a dead leopard while on a hunting trip in Africa.

“I’m screaming, ‘No one killed a president! They actually killed those animals,’” he said. “Then they say, ‘But they paid a poor country that needs the money to shoot that leopard.’ No, they’re exploiting that poor country. Rich Westerners decimating wildlife so they can go play.

"That’s like someone going into a cancer ward and saying, ‘I’ll give a million pounds to everyone if I can just shoot one of these people.’ Just give the money away! Why do you have to enjoy shooting something to save a poor country? What did those people do in Africa before rich American dentists? Just shut up and admit out loud, ‘I like shooting things.’”

On June 2, Griffin held a news conference with her lawyer where she broke down in tears and apologized for the image. However, she told reporters her career was over after she said the Trump family systematically “mobilized their armies” against her.

Gervais also commented on Bill Maher saying the N-word on his show and then publicly apologizing for it. Unlike with Griffin, he thought Maher was in the wrong.

“…I really don’t know why he said it,” admitted Gervais. “I know he’s not a racist. He’s been fighting bigotry for years. I think it was very misjudged in the split-second and not at all justified. He let himself down. I watched it a few times because when I first read about it, I thought, ‘I wonder what the context was?’ There simply wasn’t any reason to use that word. If you do, it better be justified and ‘funny’ on its own isn’t a justification. The consequences are just too huge compared to that tiny little slip. It wasn’t worth it.”