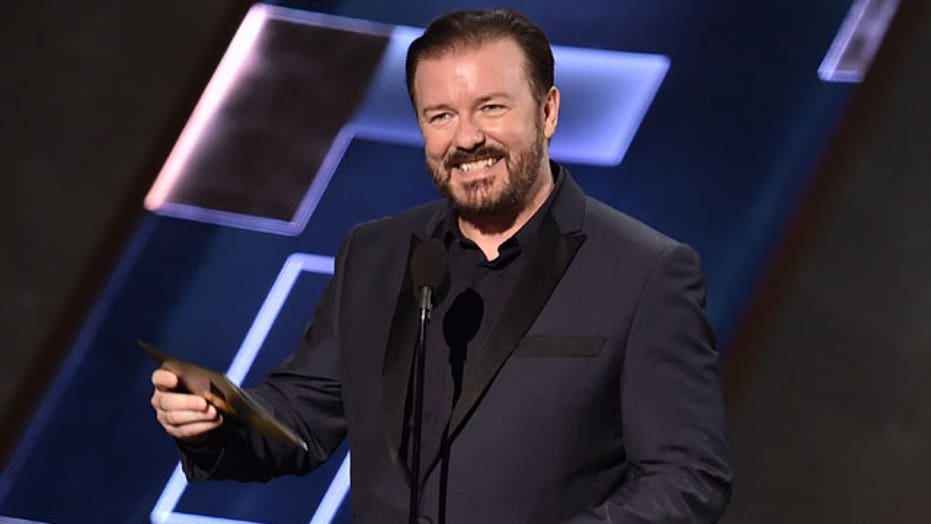 While being stuck at home may be quite a lifestyle change for many people around the globe, it's just more of the same for Ricky Gervais.

The 58-year-old comedian recently paid a virtual visit to "The Ellen DeGeneres Show," where he discussed being at home due to the coronavirus quarantine.

The pair reflected on their paths crossing at the most recent Golden Globes, at which Gervais served as host and DeGeneres, 62, took home the Carol Burnett Award.

While the two comedians are well-known public figures, they both admitted to being homebodies.

"Honestly, I never went out much, I didn't like people coming to the house, so that's good," Gervais said. "This house was an eight-bedroom house when we bought it but I've had them all knocked into one bedroom so family couldn't stay."

Holding up a glass of red wine, he added: "I've always got enough booze for a nuclear winter."

The "After Life" star went on to explain that every night, he's on the couch by 6 p.m. "with a bottle of wine watching Netflix, so evenings literally haven't changed for" him.

"On a serious note, you won't hear me complain," he said. "Not when there's nurses doing 14-hour shifts ... they're asking us to stay at home and watch telly. That's alright, I can handle that."

At home with Gervais is author Jane Fallon, his longtime partner, and while he said "you'd think she'd absolutely love" having Gervais around all the time, that's not quite the case.

"She usually has the house to herself and I've got a little office down the road where I go for meetings and I write and all that," he explained. "So, I'm home all the time now, I've never heard this so much: She keeps going, 'Shh, shush, let me just finish this then I'll play with you later.'"

The comedian added that he's been playing badminton and tries to get Fallon to join him "at least four or five times a day."

"She's not enjoying it as much as me," Gervais added.

He also shared a snapshot of his daily routine with DeGeneres.

"I get up, I play, I have soup, lentil soup, I have a little nap like a toddler and then I'm ready to go again," he said.