Associated Press – "McFarland, USA" could so easily have been yet another mushy, feel-good, by-the-numbers sports underdog movie. And in beginning, it seems like it's heading there.

But soon, thanks to the genuine heart in its (true) story and a pitch-perfect, beautifully lived-in performance by Kevin Costner, it will likely win you over. So go ahead, surrender. Cry a little. This is one feel-good movie that won't make you feel bad about feeling good.

The story begins in August 1987 in Boise, Idaho, when a high school football coach named Jim White — that name will end up being very convenient to the story — gets fired from his job after throwing a shoe in the direction of a snotty kid who's talking back to him, accidentally bloodying him. Jim, who has a history of anger issues, packs up the family and moves to McFarland, California, for a job at the only school that will hire him.

Arriving in McFarland, a farming town where the population is predominantly Mexican-American, White's daughter looks nervously out the car window and asks: "Are we in Mexico?" At a taqueria, White tries to order a burger, but can't get one. When the family encounters a group of young men cruising in their cars, he immediately thinks they're dangerous.

These moments lay it on a little thick, but soon, director Niki Caro ("Whale Rider") hits a more comfortable stride depicting a prickly entry for the White family (the always lovely Maria Bello plays the sadly underdeveloped character of Jim's wife) into McFarland life. At the new school, White is made assistant coach of the football team, working for an ornery boss who can't win a game and sees nothing of sending a kid with a concussion back onto the field. Soon they argue, and White's off the team.

But he has a different idea. These boys, who spend all their non-school hours picking in the fields for their parents, might not be able to play football, but they sure can run. And run, and run. White — the kids call him "Blanco" — figures they could make a great cross-country team.

And he goes for it — not that it's smooth. "Nobody wins around here, White," he's told. The principal is skeptical. The best runner in the bunch, Thomas (a truly excellent Carlos Pratts), is a troubled teen who's reluctant, at best. Families are resistant. Obstacles keep appearing. But White persists.

If you don't know what ends up happening, after some early disappointments, you haven't seen too many sports underdog movies. The added layer in this film is the huge learning curve that White and his family face in McFarland. To get the support of the local families to keep their sons on the team, he must eat with them, reason with them, bond with them. He even goes picking in the fields with them one day, almost breaking his back, to the amusement of his athletes.

As we mentioned, all of this could easily have veered into obvious formula, where you shed a few tears at climactic moments and then feel a bit silly for it. But the authentic feel we get from so many of the actors — a number are from McFarland, and had never acted professionally — helps keep the movie grounded, and so does Costner. At 60 (but looking a lot younger), the actor is so comfortable in this sort of role, he could probably do it in his sleep, but he lends a lovely low-key yet totally committed presence to the film. It's hard to imagine anyone else doing the role better.

The most satisfying moment in the film is at the very end, when we learn what happened to White and his team in later years. This may be where you'll need the Kleenex. Again, don't feel bad about it. It's a nice story, and nicely told.

"McFarland, USA," a Walt Disney Studios release, is rated PG by the Motion Picture Association of America "for thematic material, some violence and language." Running time: 128 minutes. Two and a half stars out of four. 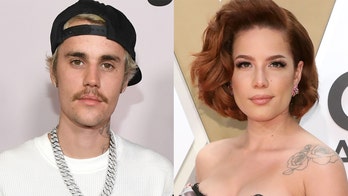 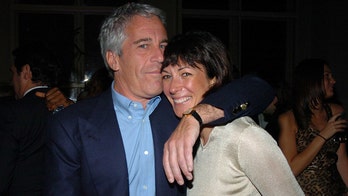