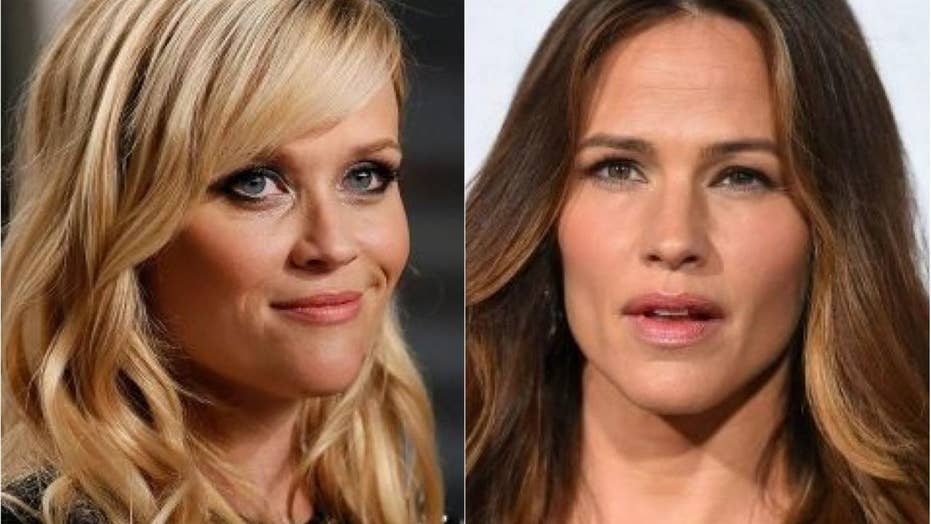 After OK! Magazine claimed Hollywood friends Reese Witherspoon and Jennifer Garner were both newly pregnant in their cover story, the stars took to Instagram to poke fun at the rumors.

Reese Witherspoon is okay with wrinkles and gray hair.

The “Legally Blonde” actress, 43, opened up to Allure about why she’s embracing the aging process. “I have a point of view because I’ve been on this planet for 43 years, and I didn’t feel that same way when I was 25,” Witherspoon explained.

“I didn’t have the same things to say. I’m 43 and I’ve had a whole bunch of experiences, and I can speak with a thoughtfulness about the changes I’d like to see in the world, and … I just feel like I earned that gray hair and my fine lines. I like ’em. I so prefer 43 to 25.”

Despite loving the way she looks, the mom of three does have an extravagant beauty routine. The “Big Little Lies” star said she’s taken a bath — complete with Goop bath salts — every night for the past four years. She also gets her hair highlighted every seven or eight weeks, which takes three hours each appointment. Witherspoon even takes prenatal vitamins to keep her locks looking thick.

Clearly, whatever she’s doing is working.