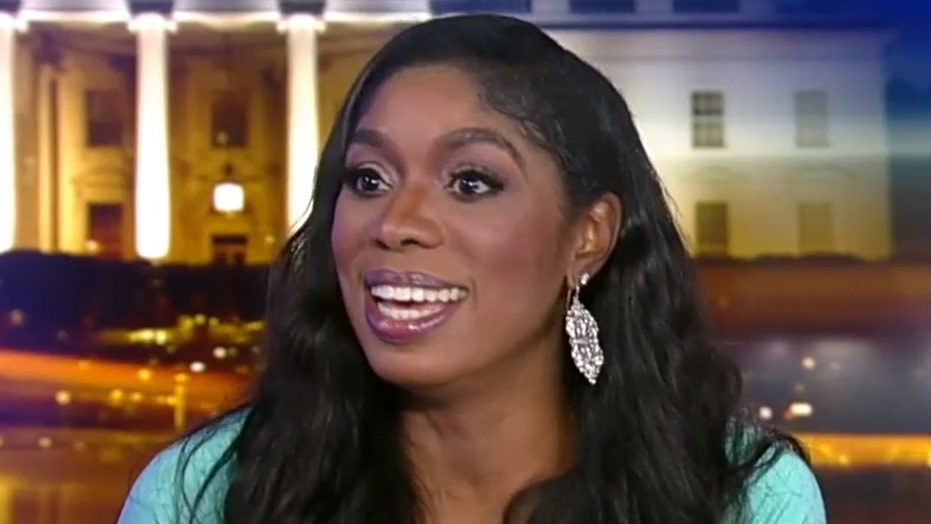 The highly sought after political analyst, professor and entrepreneur never expected to find herself as the newest cast member of “The Real Housewives of Potomac” and yet here she is.

The mother of three and Johns Hopkins University lecturer has seen her life’s trajectory skyrocket since she served as the Director of Family and Community Engagement under President Barack Obama and even more so since she penned an op-ed during the vote tally of the 2016 presidential election which had gone viral by the time she awakened the morning after.

“That was in 2016 and my phone hasn't stopped ringing since,” the 36-year-old said of her foray into becoming a political commentator.

Now, in joining the Bravo universe for Season 5 of the wildly popular reality series, Osefo is making a point to not only project her true and authentic self but to show women around the world that through determination they can have it all.

But being completely real oftentimes comes at a steep price and Osefo has made a career out of “owning” her takes.

“In the preview, you see my little moment where I say, 'Address me correctly, sweetie,' so there's a moment there,” she quipped about the tension fans can expect from the upcoming season when it premieres on Aug. 2. “There's actually an unexpected tension that no one [will expect]. You know, I read those comments, too. I'm a fan as well so I see people's comments.”

The award-winning personality said she takes the authenticity of her brand seriously from the standpoint of maintaining a level of credibility that allows people to believe that what she articulates in verbal spars carries weight.

“Anything that you guys see, I own it,” she said. “I am a political commentator, I am a professor and those are professions that you have to have your audience believe in you. And you have to make sure that what you're saying is what you truly mean.”

Given the intense drama that can rear its head over the course of a season, Osefo declared she’ll always stand on her own volition and will never say the editing was bad.

JANA KRAMER REVEALS SHE AUDITIONED FOR THIS 'REAL HOUSEWIVES' FRANCHISE

“No way – I own it. If there's anything that is said this time around, I will say I completely own it,” she explained. “And it's up to me to move forward with the women in such a way that I can correct those mistakes as the episodes go on. But I say I am an owner. I own my stuff.”

The Temple University alum said despite the “cattiness” that fans of the “Real Housewives” franchise have come to love, Osefo admitted there were times during filming where she often felt overmatched due in part to the respect she had for her fellow castmates.

“With 'Housewives' it's not really a job, it's literally a sisterhood of friends. It's literally a friendship group,” she continued. “And so there are some times that you're unsure of yourself. There are some times where you're like, 'Ah, I said that but I hope they didn't take it the wrong way.' So I think that it's uniquely positioned because these are matters of the heart. It's not a job. It's real-life friendship, it's real-life dynamic and so it's really interesting that I had moments where I was unsure of myself because these are women that I respect and I want to get to know on a deeper level.”

The philanthropist pressed on and explained that looking back through the “twists and turns” of the season, there were absolutely some things she did that “was a hit and some things that were a miss” but ultimately, her approach was to remain as organic as possible “and eventually it all works out.”

Osefo said her Nigerian background “uniquely positions” her to be able to share her heritage and culture with viewers at home and through those intense interactions, fans will become privy to “who I am, why I do the way I do different things and why I think the way I think.” 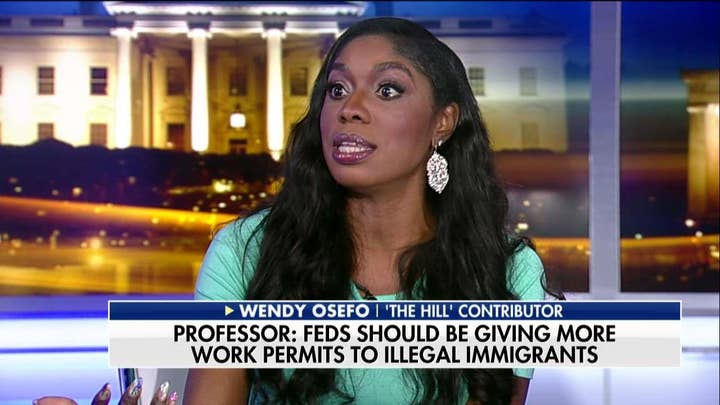 “I'm excited for viewers to get a look into my personal life, into my household, to see what that looks like for me,” she said. “And I think that viewers will be really intrigued by the way I handle it all. And to be quite honest – by the way I don't handle it all sometimes. And I'm just super, super excited for people to see that side of me. And I think that that's unique. It's something we have not seen before on reality TV.”

Putting on her executive producer hat, Osefo – a stout historian of the encompassing “Real Housewives” umbrella quipped that she was “putting her bid” for a spot on a franchise crossover “Real Housewives: Vacation” which while just a fantasy, would make for exceptional reality television.

“I would want to watch that because I think that there are so many iconic women and so many dynamic personalities,” she said. “And to put all of these women together in like a crossover from different cities in one place – and let this be me putting in my bid out there – I would love to do a 'Real Housewives: Vacation' and they just take some women from different franchises and they take us somewhere. That would be crazy.”

Osefo raved about the women who juggle motherhood and careers and quipped that with “lots of wine” she’s barely able to manage it all. Her son might have a recital in one week and she might have an important project due on a deadline – but the tasks have to be completed and Osefo said she stops at nothing to make it happen.

“I felt like those honest conversations are often not had in public. We have those conversations with our girlfriends, but I wish I could turn on the TV and see a woman that is juggling motherhood and career – having these conversations out loud,” she lamented. “So hopefully, this season I can be that for other women who are trying to juggle it all and who are always asking themselves that same question that we've been asking for years, which is can women have it all? I hope that will be a source of strength for someone who is watching the show.”

And through the perils of navigating the grave uncertainties of being a Black woman in the professional world, Osefo said it simply comes down to the performing above expectations.

“I grew up with the whole notion – not just being Nigerian – but you have to be twice as good to get half. And so for me, it's always been the sky is not the limit, it's the view,” she avowed. “And that has in the mantra that I have lived by and I've been telling my kids. Like, when you think you've done enough, just know that there's more that can be done.”

Added the 1954 Equity Project CEO: “So with that comes a lot of stress. I often chew off too much that I can bite but I do believe that everyone can obtain their definition of success. It doesn't have to be degrees. It doesn't have to be a certain job; it can be whatever you define it as. But you have to know that whatever you want to do. The goal was never just to accomplish it, but it's to be the best at it. And that's been my guiding light.”

“The Real Housewives of Potomac” will return for Season 5 on Sunday, Aug. 2 at 9 pm ET on Bravo.