"Real Housewives of Atlanta" star Marlo Hampton said she is among the victims of a number of recent home invasions in Sandy Springs, Georgia.

The Bravo personality described an incident that occurred July 1 and said she was one of the targets.

Police had staked out a home in the 600 block of Lockton Place after receiving information that a gang planned to rob the home of Hampton, who appears on the reality show based on the lives of a group of women.

"I look at the phone, and you just see these four guys. One has a gun. I screamed," Hampton said, according to FOX 5.

"Real Housewives of Atlanta" star is among the victims of a number of recent home invasions in Sandy Springs, Ga.  (Getty Images)

She said the suspects knocked on the front door of her Sandy Springs home but ran away.

"I just feel they were not thinking anyone was home," she said. "They just took off running like, ‘Oh shoot,’ because, in their minds, they're watching [and] they thought we were gone."

Hampton said she believes the men didn’t suspect she was home based on her social media posts because she just returned from a trip.

"I just want women in the industry like myself to be aware of posting. I want us to get firearms, be trained for it. I want to make sure your home is secure now. I have a steel door," Hampton told the outlet. "Sandy Springs came to my home and did a home assessment."

"Real Housewives of Atlanta" star said she was a target in the string of home invasions in Sandy Springs, Ga.  (Getty Images)

On Sunday, police body cameras captured officers putting four alleged gang members in handcuffs as they were suspected of committing more than a dozen home invasions in the suburb of Atlanta, according to FOX 5.

The arrests were part of a year-long investigation of a major criminal organization committing home invasions, primarily those of celebrities, athletes and other high-profile figures.

"They had been in the area before, and they had been all through Sandy Springs using social media to find and locate different victims," Sandy Springs Police Department Sgt. Matt McGinnis said, per the outlet.

FOX 5 reported that the officers said players with the Atlanta Falcons and Atlanta United are among the victims. McGinnis said the agency expects to make more arrests. 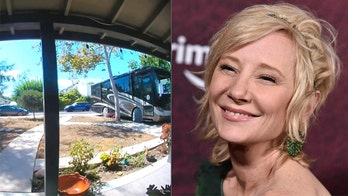 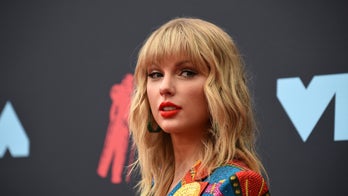