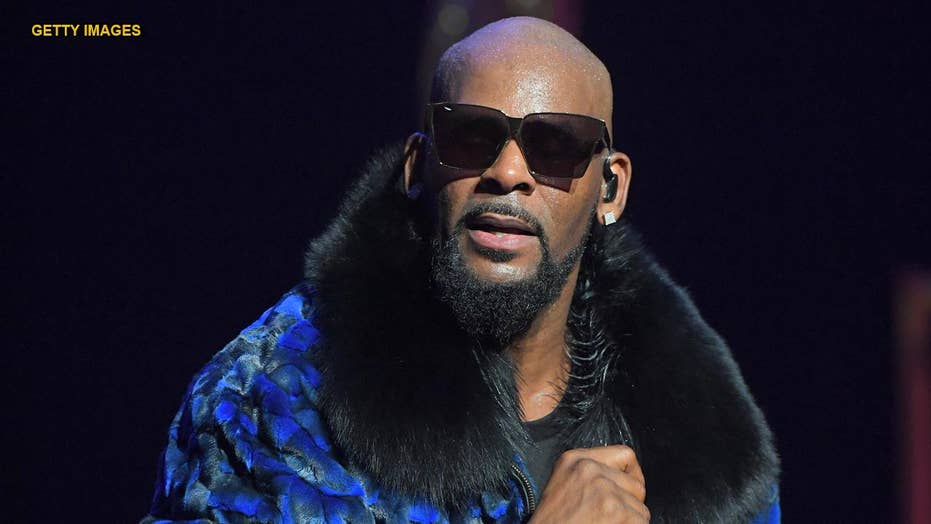 R. Kelly was charged with 10 counts of criminal sexual abuse involving at least three underage victims in a Chicago court Friday following decades of rumors and allegations that the R&B star was abusing women and underage girls.

Tandra Simonton, a spokeswoman for the Cook County State's Attorney's Office, announced in a press conference that charges had been filed against the 52-year-old Grammy winner. The 52-year-old singer, whose real name is Robert Kelly, arrived at a Chicago precinct in a van about 8:15 p.m. Friday. He was arrested and is expected to be held overnight and appear Saturday in bond court.

The first victim, listed as “H.W.,” was allegedly involved in incidents that occurred between May 26, 1998 and May 25, 1999. She was listed as under the age of 17. Kelly was more than five years older. A grand jury returned an indictment on four counts of aggravated criminal sexual abuse.

The second victim, listed as “R.L.,” was allegedly involved in an incident that occurred between Sept. 26, 1998 and May Sept. 25, 2001. She was also listed as under the age of 17, with Kelly being more than five years older than she was. A grand jury returned an indictment on two counts of aggravated criminal sexual abuse.

The third victim, listed as "L.C.," was involved in an alleged incident that occurred Feb. 18, 2003. While her possible age was not mentioned, a grand jury did return an indictment on one count of aggravated criminal sexual abuse based on the transmission of semen by Kelly “upon any part of the body of the victim for the purposes of sexual gratification.”

The fourth victim, “J.P.,” was allegedly involved in incidents that occurred between May 1, 2009 and Jan. 31, 2010. The grand jury returned an indictment on three counts of aggravated criminal sexual abuse. The victim was noted as being under the age of 17 and Kelly being more than five years older.

Kelly has denied allegations of sexual misconduct involving women and underage girls for decades. Neither Kelly’s legal representative nor the Cook County prosecutor's office immediately responded to Fox News’ request for comment on the charges.

R. Kelly is one of the top-selling recording artists of all time. He has won multiple Grammys, including for his hit song "I Believe I Can Fly." His arrest sets the stage for another #MeToo-era celebrity trial after Bill Cosby went to prison last year.

A spokesperson for Kelly's ex-wife, Andrea "Drea" Kelly, issued a statement to Fox News on Friday in response to the indictment brought against the Chicago singer.

"We were not given advance notice on Mr. Kelly's indictment. We are finding out details as you all are and we are still trying to digest everything. Please keep in mind that Drea Kelly is affected by the news differently than the other victims, being the mother of his three children and his ex-wife. Ms. Kelly’s first priority is the emotional and psychological well being of her children and her ongoing focus is to nurture them through these difficult times. We ask that you afford her and her children space and privacy as they navigate through the current events. We also ask that you send her children and Ms. Kelly positive thoughts and prayers. We look forward to your love and support."

In 2008, a jury acquitted Kelly of child pornography charges over a graphic video that prosecutors said showed him having sex with a girl as young as 13. He and the young woman allegedly depicted with him denied they were in the 27-minute video, even though the picture quality was good and witnesses testified it was them, and she did not take the stand. Kelly could have gotten 15 years in prison.

Avenatti says he has evidence R. Kelly and his "enablers" paid witnesses and others to "rig" the outcome of the R&B star's trial.

The news comes just one day after two more women came forward with allegations that Kelly singled them out at a party in 1996. They alleged he had his entourage give them alcohol and marijuana before inviting them to his hotel room where he allegedly raped one of them.

Legally and professionally, the walls began closing in on Kelly more recently after the release of a BBC documentary about him last year and, last month, the multipart Lifetime documentary "Surviving R. Kelly." Together they detailed allegations he was holding women against their will and running a "sex cult."

#MeToo activists and a social media movement using the hashtag #MuteRKelly called on streaming services to drop Kelly's music and promoters not to book any more concerts.

Kelly has been accused of holding women and girls against their will in Chicago, where he has a recording studio, and Georgia, where he has property.

Kelly's attorney, Steve Greenberg, said earlier this year that his client was the victim of a TV hit piece and that Kelly "never knowingly had sex with an underage woman, he never forced anyone to do anything, he never held anyone captive, he never abused anyone."

Despite accusations that span decades, the singer and songwriter who rose from poverty on Chicago's South Side has retained a sizable following. He has written numerous hits for himself and other artists, including Celine Dion, Michael Jackson and Lady Gaga. His collaborators have included Jay-Z and Usher.

Kelly broke into the R&B scene in 1993 with his first solo album, "12 Play," which produced such popular sex-themed songs as "Bump N' Grind" and "Your Body's Callin'."

Months after those successes, the then-27-year-old Kelly faced allegations he married 15-year-old Aaliyah, the R&B star who later died in a plane crash in the Bahamas. Kelly was the lead songwriter and producer of Aaliyah's 1994 debut album.

Kelly and Aaliyah never confirmed the marriage, though Vibe magazine published a copy of the purported marriage license. Court documents later obtained by The Chicago Sun-Times showed Aaliyah admitted lying about her age on the license.

Jim DeRogatis, a longtime music critic for the Sun-Times, played a key role in drawing the attention of law enforcement to Kelly. In 2002, he received the sex tape in the mail that was central to Kelly's 2008 trial. He turned it over to prosecutors. In 2017, DeRogatis wrote a story for BuzzFeed about the allegations Kelly was holding women against their will in Georgia.