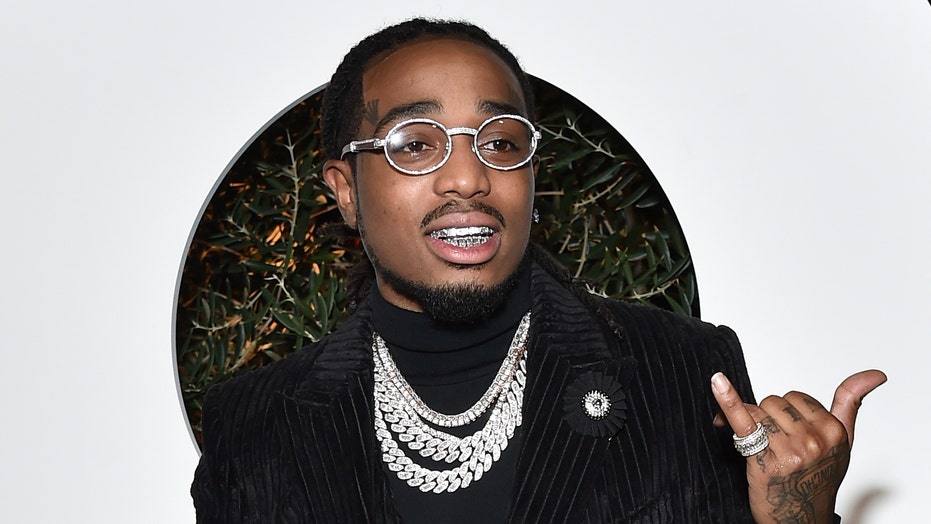 The rapper, part of the trio Migos, got aggressive and lunged at a man repeatedly during a Paris Fashion Week party on Thursday night.

Several videos were posted to Instagram showing the musician repeatedly trying to hit someone in the crowd as someone off-camera screamed.

At one point, friends of Quavo, 28, could be seen grabbing his arm and pulling him away from the encounter.

Quavo also could be seen pushing at a second man who was standing to the side of the first.

According to TMZ, which also obtained a video of the altercation, Quavo initially was not allowed into the after-party celebrating fellow Migos member Offset's new clothing line.

The outlet reported that the first man Quavo hit was a staffer and the second was a dancer from the duo Les Twins, who actually convinced the bouncer to let the rapper inside.

The party took place after Offset, 28, debuted his clothing line alongside his wife, Cardi B, who wore a piece designed by her rapper husband.

Cardi B, 27, donned a see-through black bodysuit with a massive, fluffy black coat and a spike-studded mask for the event.