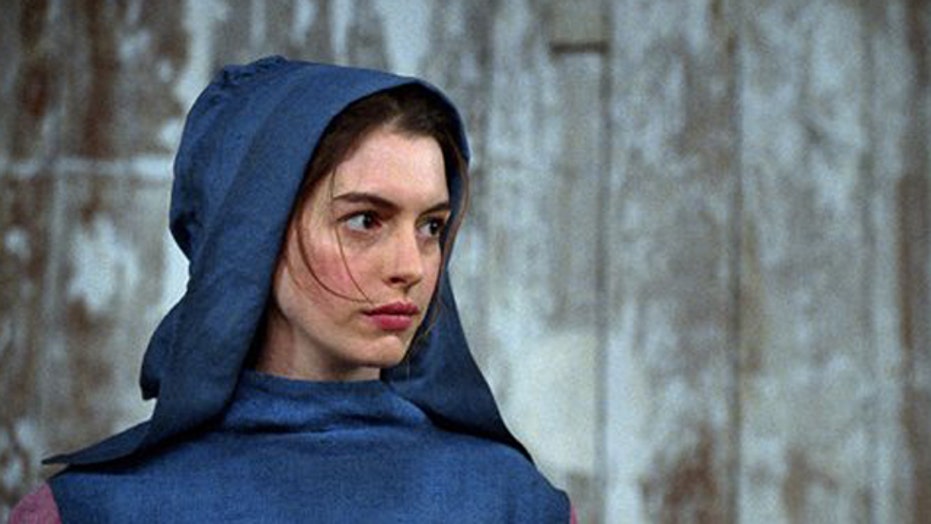 Biggest movies of 2012 released this month

With awards season underway, Anne Hathaway is going to be walking lots of red carpets. The film adaptation of "Les Miserables" was just nominated for a Golden Globe, the film for which was also nominated for Best Supporting Actress. Fox 411 talked to Hathaway about her success stepping into the role her mother once played.

Fox 411: How important was it that you did the live singing in 'Les Mis'?

Anne Hathaway: Taking on these roles were a tremendous responsibility not just to the audience. but to ourselves as "Les Mis" fans. So the live singing I think gave us an opportunity to channel all of that expectation and pressure on ourselves into a tangible result which none of us took for granted. None of us came to set any day overconfident in our abilities, we were all starting from square one, we were all exploring a skill set that we hadn't even developed by the first day of filming. It was vulnerable but it was also very freeing you know - there's that wonderful phrase that within great crisis lies opportunity, and I think we all felt we were in a little bit of a crisis everyday not knowing what was going to happen but we also knew that there was a tremendous opportunity at the very core of that.

Fox 411: People may not know you can sing like this, what is your background?

Hathaway: My history with the show began when I was seven. My mother was cast in the ensemble and as the factory girl, and as the Fantine understudy, so my second time I actually saw the show I got to see my mother play Fantine, which is the role I play in the film. Since then I just had it in my head. I think that was the show that made me really want to be an actress and really have a concept of getting up and performing and telling a story through performance and I've just loved singing ever since then. I've been studying voice for about 10 years now, never with anything like this in mind, just because I really love doing it. So yeah, I'm kind of amazed that I didn't really expect singing to ever play a big part of my life I just thought it was something that I liked to do, so it's kind of crazy that this particular show has come about in this way in my life.

Hathaway: It's hugely flattering but nothing is real yet, so it's lovely that people are talking about it. So I'm of two minds, which is one, 'Oh my gosh could you imagine if it came true?' and two, 'Can you imagine how embarrassing it'll be if it doesn't happen if I don't get nominated?' So I'm just trying to keep my feet on the ground at the moment.