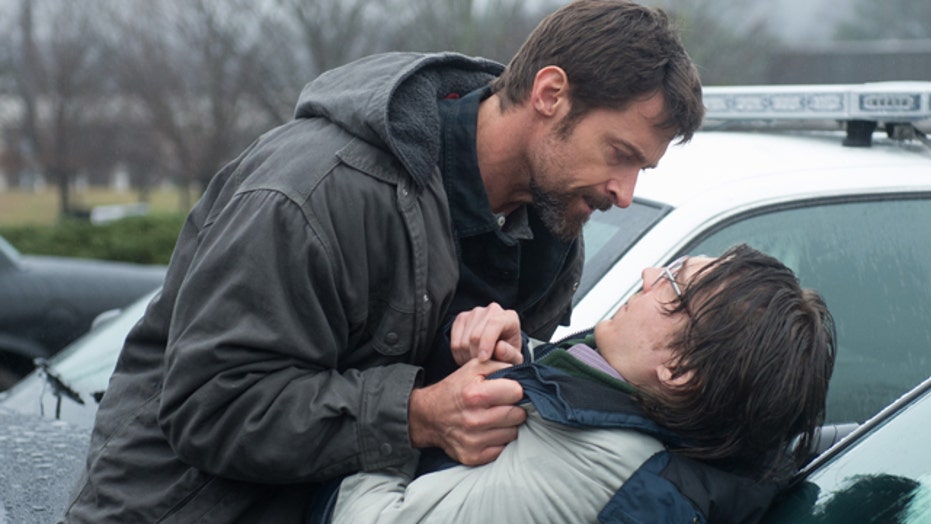 Why 'Prisoners' is one the year's best films

Morally ambiguous characters are laid bare in this complex mystery; add to that a fervently-taut script, creating a recipe for an intense two and a half-hour thrill ride. To have nerves rattled for such a length takes quite a toll -- it’s exhausting, actually. But when the film comes to a close, those shot nerves are worth every second of “Prisoners.” This is highly satisfying mystery/suspense nearly at its finest.

What would you do if your child went missing and you were absolutely convinced you knew who did it but the police couldn’t prove it? To what lengths beyond the law would you go? Hugh Jackman is Keller Dover and when his daughter and her friend go missing on Thanksgiving afternoon, a seemingly dormant beast is awoken within as he takes matters into his own hands, blurring the lines of justice. As the police follow every lead, Keller sets his sights on Alex Jones (Paul Dano), a mentally-challenged drifter who was spotted in a dilapidated RV near the scene of the crime.

“Prisoners” bounces between Keller’s manic search and Jake Gyllenhaal’s Detective Loki, the brooding cop assigned to the case, who not only has to contend with fiery emotions from Keller, his wife Grace (Maria Bello) and the Birches (Terrence Howard and Viola Davis), he has to navigate around an ineffectual police department as well as uphold his own perfect record. Like David Fincher’s “Zodiac,” Gyllenhaal is excellent as a stoic yet determined cop, deftly balancing a slight obsession with the burdens of an around-the-clock job.

Yes, on the surface the missing children are supposed prisoners to the unknown kidnapper, but Villeneuve dumps salt on each character’s open wounds, thus searing their emotions and revealing their own internal imprisonment by their fear, grief, anger and even history. Like reality’s game with duality, what’s on the surface may not necessarily be what is beneath. We never know Loki’s backstory, but Gyllenhal frequently alludes to an unpleasant past which fuels his intensity as a detective. The character is rich enough without one, and only including a lengthy backstory would risk convoluting an otherwise tight script.

Mysteries, like any genre film, can easily succumb to the pratfalls of the genre. Clues can be too obvious or spoiled immediately. They mystery might not be compelling enough to warrant a care in the world. Or it could tumble into a plot hole with irreparable damage. But Aaron Guzikowski’s savvy screenplay avoids these by not only being a fiery pot-boiler but also an intricate character study.  As the mystery deepens and becomes more complex, so does Dover; as he descends further into despair and his rampage intensifies, it becomes questionable whether Dover had this streak in him all along or if having his daughter kidnapped truly sparked his rage. Pitting his franchise role of Wolverine in the same year as Keller Dover really shows this Aussie’s dynamic range. From “Les Miserable” to “Prisoners,” Jackman is currently one of the best dramatic actors.

Talent abounds from Jackman’s intense performance to Gyllenhal’s collected, but increasingly frustrated detective. Paul Dano is positively chilling as the suspect Alex Jones; as a severely disturbed young man, Jones is both frightening and pathetic, again with theme of contrasting duality. Maria Bello, Viola Davis, Terrence Howard and Melissa Leo all turn in heavy-hitting performances. Leo has always been one of the best actresses at grounding a character in reality, which she does again here as the aloof, yet defensive mother to Alex Jones.

A standout in “Prisoners” is the stellar cinematography by the inimitable Roger Deakins, who develops an increasingly eerie atmosphere; to contrast the blurred lines throughout the story, Deakins often sets within the same frame incredible use of chiaroscuro, or shadow and light, with deafeningly opaque blacks alongside bursts of brilliant light as if the characters are standing on the precipice of a void. It is Deakins, more than anyone, who truly captures the imprisonment of Jackman’s hope as he succumbs to his reckless desire for vengeance.

“Prisoners” is a must-see, a drama worth many repeat viewings for the top-notch acting, chilling twists and fantastic explorations of characters under immense pressure.