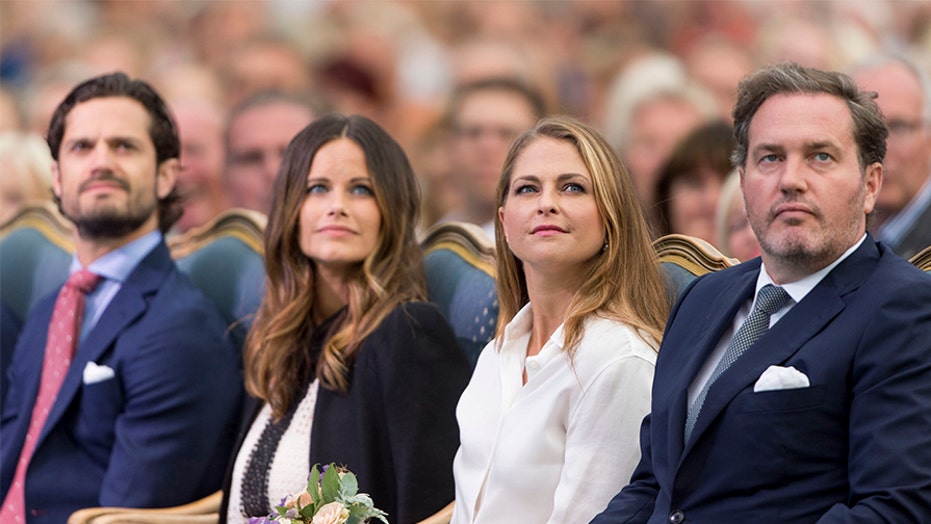 The Swedish royal family is following in the footsteps of Prince Harry and Duchess of Sussex Meghan Markle.

The children of Princess Madeleine and Chris O’Neill, as well as Prince Carl Philip and Princess Sofia, have lost their official titles of His and Her Royal Highness, the Swedish royal palace announced on Monday.

PRINCESS MADELEINE OF SWEDEN AND HER FAMILY ARE MOVING TO FLORIDA

The five grandchildren of King Carl XVI Gustaf of Sweden Queen Silvia will no longer be expected to perform royal duties despite being members of the royal family.

“His Majesty The King has decided on changes to The Royal House,” a palace statement read. “The purpose of these changes is to establish which members of The Royal Family may be expected to perform official duties incumbent on the Head of State or related to the function of the Head of State.”

MEGHAN MARKLE'S DAD REVEALS WHY HE SHARED HER PRIVATE LETTER: 'I HAVE TO DEFEND MYSELF'

While the children have lost their title of Royal Highness, they will retain their titles of Prince and Princess. However, these titles will become personal and, therefore, any future spouses or children will not have a right to them.

Madeleine took to Instagram on Monday to also confirm the news.

“Earlier today, the court announced that Leonore, Nicolas and Adrienne will no longer belong to the royal house,” she wrote. “This change has been planned for a long time. Chris and I think it’s good that our children are now getting a greater opportunity to shape their own lives as private individuals in the future.”

“We see this as a positive as Alexander and Gabriel will have freer choices in life,” he explained. “They will retain their Duke titles… which we value and are proud of… We will continue to focus on issues close to our hearts. We will also continue to support the King and the Crown Princess — our future head of state — and participate in the King's activities."

People magazine reported on Monday that the decision does not affect the children of Crown Princess Victoria, who is heir to the throne. The 42-year-old shares two children with her husband Prince Daniel, 46: Princess Estelle, 7, and Prince Oscar, 3. Unlike their cousins, Estelle and Oscar will continue to be official members of the royal house.

Gustaf's move echoes Harry's and Markle’s decision not to give their son Archie an official royal title, which will grant him more privacy. A royal source told the outlet that while there are courtesy titles the British royals could apply to the baby, the couple has chosen not to do so at this time.

Harry, 35, and Markle, 38, were given the title of Duke and Duchess on their wedding day in May 2018. The magazine shared it is a tradition for the eldest son of a duke to eventually inherit his father’s title. Archie could ultimately be given the secondary Sussex title before inheriting the dukedom.

Princess Charlotte arrives for her first day of school, with her brother Prince George and her parents the Duke and Duchess of Cambridge, at Thomas's Battersea in London on Sept. 5, 2019, in London. (Getty)

Back in August 2018, a rep for the Swedish royal family confirmed to Fox News that Madeleine was moving to Florida with her family that fall.

Madeleine, who’s seventh in line to the Swedish throne, is no stranger to America. People magazine reported the family already had a summer home in Florida.

While still single, in 2010, Madeleine moved to New York City and began working as a project manager for her mother Queen Silvia’s World Childhood Foundation.

Prince Carl Philip of Sweden and Princess Sofia of Sweden with Princess Madeleine of Sweden and Christopher O'Neill attend a concert at the 39th birthday celebrations for Crown Princess Victoria on July 14, 2016, in Oland, Sweden. (Photo by Mark Cuthbert/UK Press via Getty Images)

After they tied the knot in 2013, Madeleine and O’Neill remained in the Big Apple and their firstborn was born at a private hospital stateside in 2014.

The family then moved to London, yet Madeleine returned to Sweden to give birth to the couple’s third child in 2018.

To retain her royal title, Madeleine has not taken on her husband’s surname. And O’Neill, who preferred to retain his U.K. and U.S. citizenship, has no royal titles and is not an official member of the Swedish royal family.

Princess Madeleine of Sweden and Christopher O'Neill during their wedding ceremony at the Royal Chapel in Stockholm. (AP)

Back in 2016, Madeleine told People magazine she’s just like any other parent on the go.

“[I’m] pretty much like a normal mom,” she explained. “[My children] wake me up and we fix breakfast together and the breakfast flies all over the place! And then we go out to the park and we swing, we try to do a lot of activities because my little Leonore, she has lots of energy, so we have to keep her stimulated and busy.”

“I think because my mom and father, of course, were so devoted to their work and as king and queen, they have lots of obligations, so they were away quite a bit when we were small. But when they were home, they were very present and I feel that I want to give my children as much as I can.”