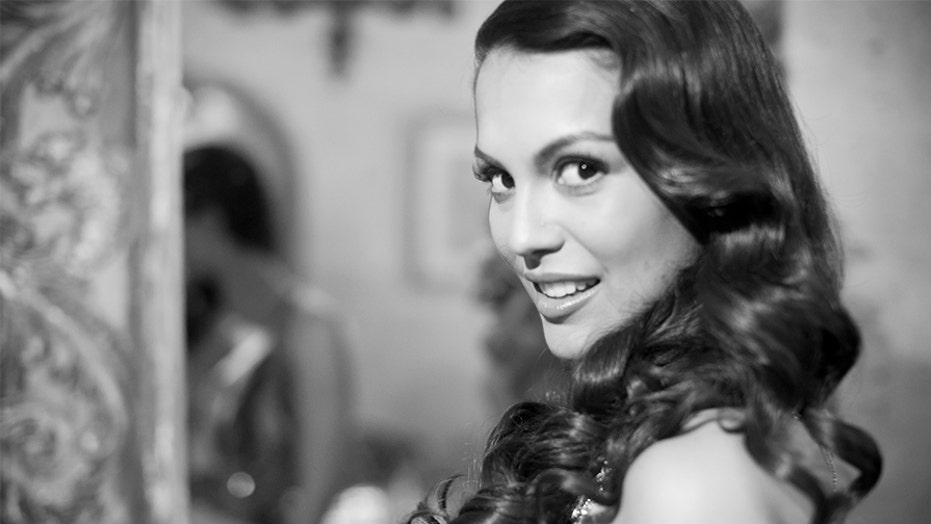 The biochemistry major, who was just 25 at the time, was also the first Mexican-American to receive the title.

Earlier this year, the now-32-year-old joined several veteran Playmates of different ages and races for the magazine’s ‘70s-inspired “Once a Playmate, Always a Playmate” cover photoshoot, representing the magazine’s first-ever equality issue.

Nearly 800 women have been named Playboy Playmates -- with Marilyn Monroe being the first to receive the title -- since Hefner founded the magazine in 1953, People magazine reported. Hefner passed away in 2017 at age 91.

The model and actress spoke to Fox News about posing for the magazine and the positive (and negative) messages she received for her sizzling names, as well as what it was really like working alongside Mark Wahlberg in the movie "The Gambler."

Fox News: After your success with Playboy, you appeared in 2014’s “The Gambler” starring Mark Wahlberg. What surprised you the most about him?
Raquel Pomplun: What an absolute professional he was. During filming, I had to take my top off in front of him… Every time I had to do that, he would immediately turn around and look away. I would always think to myself, “Oh my gosh, you’re so cute!” He would even [leave] the room right away when we were done [with the scene]. During the entire time of filming, he was more focused on staying in character. But even then, I always felt this sense of comfort from him respecting my space whenever I took my top off. It was pretty awesome of him and I never forgot that.

Fox News: Looking back, it sounded like your husband was very encouraging for you to try out for Playboy.
Pomplun: He was! And he absolutely loved the photos. He’s my best friend and has always been so proud of me. And let me tell you, I am proud of those photos. Everything was so well lit. The photographer was incredibly professional. I just felt so at ease with myself. I have never felt so beautiful.

Fox News: Not only did you went on to be Playmate of the year for 2013, but you were the first Mexican-American to achieve that title. What did that mean for you?
Pomplun: It was everything. We’ve had Latin Playmates before, but I was representing my roots. How could I not be proud of that? I received a lot of positive feedback, but I also received negativity for it, too. There was no gray area. It was either “I’m 100 percent proud of you” or “What is wrong with you? Your father must not love you.” I actually got that message from someone once. On the contrary, my father loves me so much that he supported me and was actually offended that I didn’t tell him right away that I was a Playmate.

Fox News: How bad was the negativity that you were receiving?
Pomplun: You know, it really wasn’t that bad. I’m also really good at ignoring negative comments in general. A lot of the people came from more conservative backgrounds, some were older women. But this was also very new. And not everyone from my extended family really understood them. But I made it clear to them that look, it’s OK. You don’t have to understand. I will still love you anyway.

Fox News: It’s no secret Hugh Hefner had a thing for blondes. What do you think made him change his mind that year?
Pomplun: You know, I don’t know. I certainly wasn’t the first brunette Playmate… But I made sure to show them how appreciative I was of the honor and still am. Whenever they needed me to attend an event for the magazine, I simply said, “Yes, I’ll be there.” I was available for any promotion they wanted me to do for the issue. I think they took into account my hard work as an ambassador for Playboy. I gave 110 percent. I think that meant a lot to Hugh Hefner.

Fox News: What was your impression of Hugh Hefner?
Pomplun: Talking to him was always so nerve-wracking. I just would think to myself, “What can I tell the man who has seen it all, done it all?” So I took my time and really listened to what I had to say. He was just a humorous, amazing man. My time at the Mansion was always so much fun. Movie night was always my favorite. When I think about it now, I wished I had more time to talk to him.

Before meeting him, you assume he’s just a man who had many girlfriends and loved to party. I didn’t know much about him. But when I finally got to meet him, he was such a gentleman. He had such an amazing sense of humor that it absolutely blew my mind. Even with all of the success and adoration he received over the years, he was always humble, polite and courteous.  He would always stress the importance of how a Playmate was more than just an object. She was more than just a girl in a magazine. She’s a woman who is always of her power and feels good about herself. She's confident and chose to be in the magazine. And each woman you see has her own story to tell. She’s beautiful both inside and out.

PLAYBOY PLAYMATE CHASITY SAMONE SAYS SHE WANTS TO PURSUE POLITICS: ‘WE HAVE BIGGER ISSUES TO TACKLE’

Fox News: How did it feel to be in the magazine?
Pomplun: It was an empowering experience for me. It made me view myself in a different light. I felt this sense of power within me. I felt strong and capable of achieving anything I wanted. And whether people agreed with the image or not, it was my decision to be there… And I think that’s the message Hugh wanted to get across in each issue. Seeing myself in the magazine definitely boosted my confidence as a woman.

It made me see my beauty in a different way. Before, I was exposed to skinny models and that ideal of beauty. But after my experience, I was able to really see that beauty can be found in different shapes, sizes, bodies - it’s everywhere. That’s pretty awesome because it’s not limited to what the media wants to put out there. I can appreciate every single person for who they are and what they gave to give.