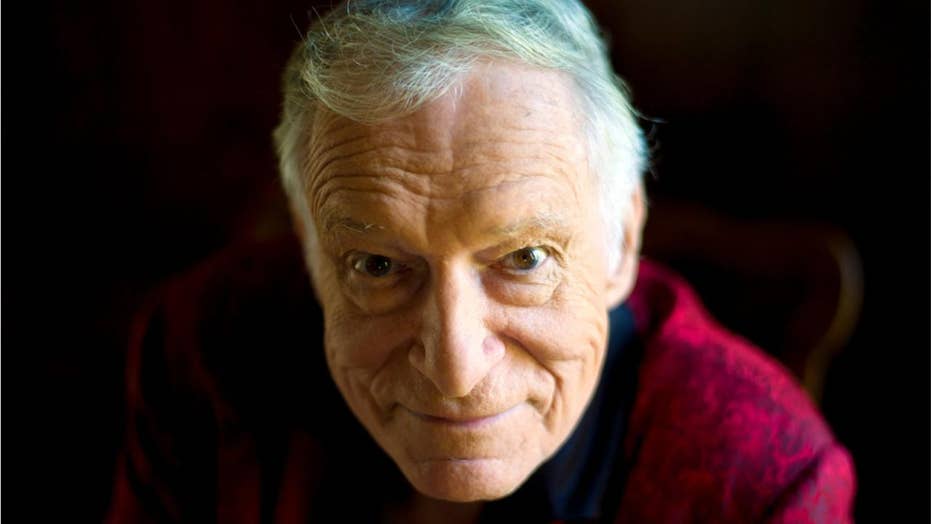 The FBI released the files on Playboy founder Hugh Hefner two years after his death.

The heavily redacted, 58-page document begins with old newspaper clippings from the ‘50s chronicling the magazine's censorship battle with the federal government before moving on to FBI reports that contain interviews and summaries about Hefner's activities.

The file revealed the bureau interviewed Hefner in the late 1950s and early 1960s over what the agency called “obscene material.” Hefner told the FBI that "Playboy" was like “Esquire” Magazine – his former employer – but with "a wider circulation." The files indicate Hefner emphatically denied being involved in any “obscene matters.”

In a 1958 memo written to then-Director J. Edgar Hoover, an agent suggests putting Hefner and his photographer, identified as Edward Oppman, under surveillance to see if they were breaking obscenity laws by transporting “pornographic images” across state lines.

The investigation concluded that neither men had committed any crimes.

“Persons interviewed advised that Hefner too clever to violate Federal or local laws,” an FBI summary of its investigation reads.

But in 1963, local authorities arrested Hefner in Chicago for publishing “obscene and suggestive” photos of actress Jayne Mansfield in the June issue of "Playboy." Hefner beat the charges in a trial when the jury couldn't agree upon a verdict.

The file contained no further activity from the legendary publisher until 2001, when hackers sent more than 15,000 emails to customers from Hefner’s personal email and other forged accounts.

Hefner died of natural causes in September 2017 at age 91.

The FBI often releases its files on persons of public interest after they die. Other files include celebrities like Elvis Presley and Marilyn Monroe, the mobster Al Capone and even J. Edgar Hoover himself.

But the subject isn’t always under investigation. The FBI’s file on Nobel Prize-winning author and journalist Ernest Hemingway largely concerns his intelligence work on behalf of the U.S. Embassy in Havana, Cuba between 1942 and 1944.