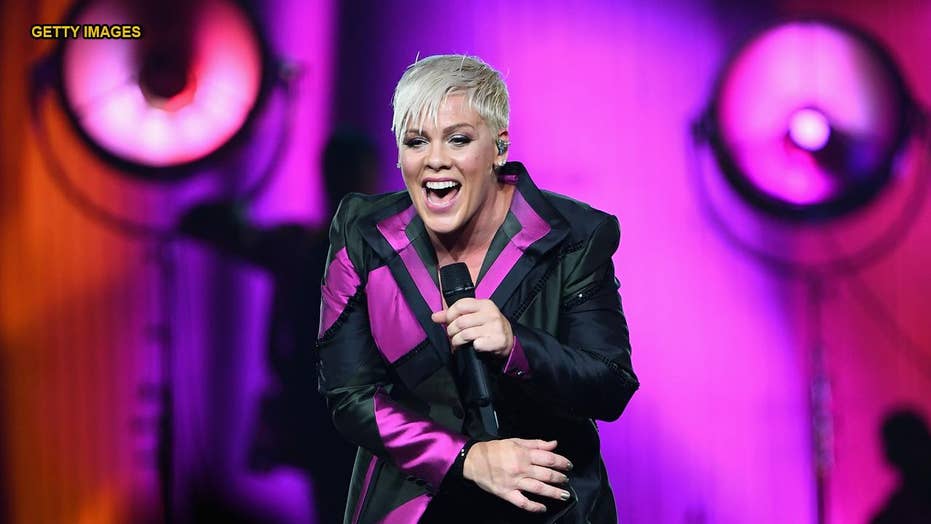 Pink has had enough of online trolls, taking to Instagram to fire back at her critics after getting some backlash for her political opinions on social media. The singer posted an older image of herself along with a lengthy caption calling out the people who come after her anonymously online.

Even celebrity couples have their moments!

Pink appears on Friday’s episode of "The Ellen DeGeneres Show" where she plays a game of “Burning Questions” that proved to provide quite a few revelations about her relationship with husband Carey Hart.

The pair have been married since 2006 and share kids Willow, 7, and Jameson, 2, but it turns out, they still have their moments.

“Carey’s!” she reveals. "It was Thanksgiving. The holidays are stressful.”

Turns out, her moment of anger cost her quite a bit.

"I got clean through the first one. He has a raised F250 and those tires are thick, thank you very much,” she says of the truck. "And the second one I lost a little steam, and I hit the metal part and my hand just went straight down the knife. Got 13 stitches, but here’s the thing, I didn’t need any anesthesia.”

Pink doesn’t stop teasing her husband during the episode. When asked about her perfect date night, she replies, "Where it’s not my idea,” and when DeGeneres asks if Hart is good at planning dates, she simply quips, “No.”

On Friday, Pink took to Instagram, posting a sweet selfie with her man.

“Happy f---ing Valentine’s Day and also if there isn’t some stubborn person in your life making you want to rip your hair out ON the daily THATS OK TAKE YOUR OWN DAMN SELF OUT and buy your own damn chocolates and not the gross kind,” she captioned the pic.

Hart recently gave Pink the sweetest consolation prize after she lost a GRAMMY.