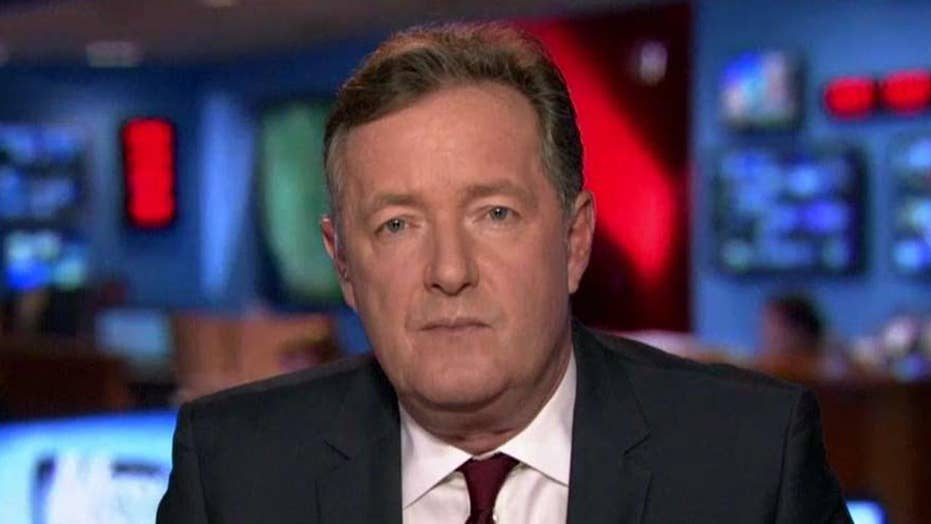 “Well it was the perfect storm, wasn’t it?” Morgan told Carlson. “This is where the ‘victimhood culture’ that you so brilliantly articulated there meets Trump derangement syndrome, this disease which has afflicted so many particularly liberal celebrities.”

“You had greed as a motivation. … He wanted to be a celebrity victim as you said. He wanted people to feel sorry for him, to like him, to retweet him. But also he wanted to use the prism of his hatred for Donald Trump and all things Trump as the bedrock for this,” Morgan added.

Morgan appeared on NBC’s  “The Celebrity Apprentice," which was hosted by Trump before he was elected to America’s top office.

At the beginning of Thursday's broadcast, Carlson chastised the political left for promoting "victimhood culture," which he felt contributed to the alleged Smollett hoax.

Smollett was released on bond Thursday after being arrested and charged with disorderly conduct for filing a false police report.  He claimed he was attacked by two pro-Trump white men who poured bleach on him, called him homophobic and racist slurs, then put a noose around his neck.

Thursday morning Chicago Police officials at a press conference alleged that Smollett’s attack was an elaborate hoax planned because Smollett was unhappy with his pay on the show “Empire.”

In his remarks, Morgan commented on those who’ve tried to make excuses for Smollett in the media or on social media.

“He’s not mentally ill.  He’s greedy. He was craving attention,” Morgan said. “A lot of the mainstream media in America have gone so full on anti-Trump that they are prepared to suspend all journalistic integrity and credibility in the way they reported this story by believing every word this guy said.”

He added, "The only thing that was lynched was the truth."