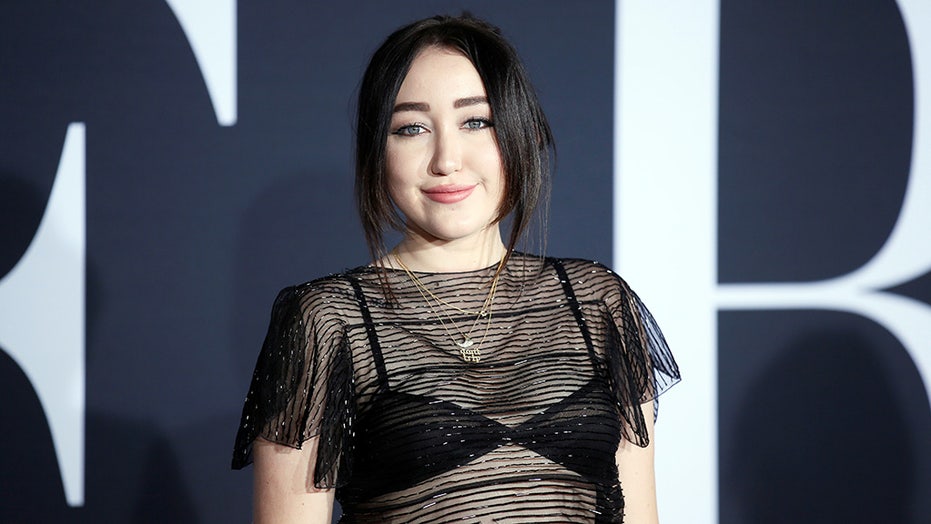 Noah Cyrus opened up to James Corden about her battles with anxiety and depression on Tuesday's episode of "The Late Late Show."

"I've struggled with anxiety and depression since I was 10 or 11 years old," the 19-year-old songstress, youngest sibling of pop superstar Miley Cyrus, said during her interview.

Corden spoke to Cyrus about her new LONELY apparel collection.

It was launched in partnership with The Crystal Campaign to support The Jed Foundation, which is a nonprofit "that protects emotional health and prevents suicide for our nation’s teens and young adults."

According to a press release, the LONELY collection features a "soirée of metaphysical icons and cartoon symbols alongside The Crystal Campaign's hallmark earth-stone definitions," and it will include "premium sweatshirts and sweatpants creatively designed by Cyrus," per Paper Magazine.

"It's something very close to my heart," Cyrus said. "One of the things that I've always wanted to use this platform [for] was to talk about my mental health and help young adults all around America and everywhere in the world know that they're not alone."

She wanted to use her anxieties "for good and not evil" and now allow her demons to take over her life "like it has been for all of these years."

"I want to be able to talk about it, raise awareness and let kids all around the world know they're not alone," she stated.

"This EP is mostly just about how my emotions have been, and about my anxiety, and about how I've been struggling with depression, and how it's okay to feel those feelings," she told the publication at the time. "A lot of people like to judge you, and make fun of you on the internet, and people make you feel crazy whenever you're in a depression or having anxiety or having a panic attack. It's about that and being sad and having your emotions and not being able to ignore the feelings you're having."

Cyrus' second new song of this year, "Lonely" came out at the end of September.

"'Lonely' came to me during a really dark time in my life and is about self struggle and feeling out of place," Cyrus wrote in a statement. "But the amazing thing is that it put me on the path to getting help and I hope it does the same for my fans who need it."