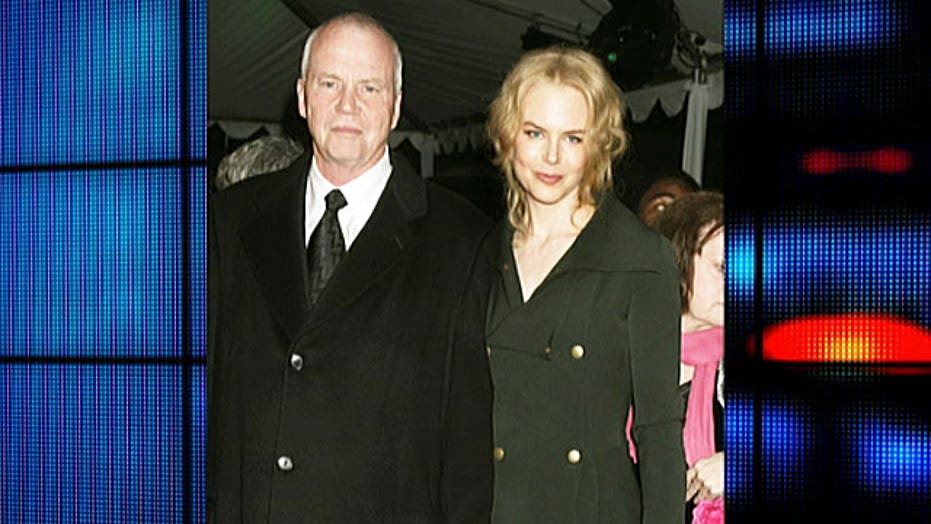 Antony Kidman, a clinic psychologist at the University of Technology, Sydney was reportedly visiting his daughter Antonia who lives in Singapore.

"Nicole and her family are in shock by the sudden death of her father," a rep for Kidman told FOX411. "She appreciates the outpouring of support and kindly requests privacy during this very difficult time."

Local police told Reuters they were investigating his "unnatural death" after they were informed a man in his 80s had died in a hospital.

"Police are investigating the unnatural death," a spokesperson told Reuters declining to give details but "unnatural death" commonly refers to falls or other accidents in Singapore.

"It is with great sadness that we learn of Dr Tony Kidman's sudden passing. During his 43 years at the University of Technology, Sydney, Tony has contributed greatly as a colleague, as a researcher, and as a health practitioner," Vice-Chancellor Professor Attila Brungs said in a statement. "Tony will be missed by all at UTS. Our thoughts are with his family at this time."

Oscar-winning actress Nicole Kidman was born in Hawaii and raised in Australia. Her father was awarded the Order of Australia in 2005 and was an expert on psychological and health-related issues.