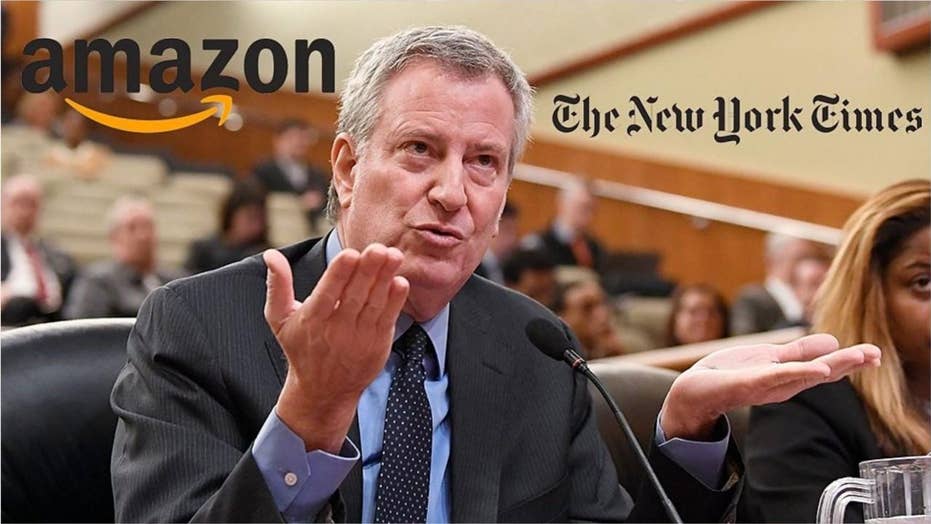 The New York Times Editorial Board blasted Democratic leaders in a scathing piece on Thursday about Amazon backing out of plans to bring 25,000 jobs to the Big Apple.

The typically liberal New York Times Editorial Board blasted Democratic leaders in a scathing piece on Thursday about Amazon backing out of plans to bring 25,000 jobs to the Big Apple – which the paper calls an “embarrassment to the city.”

Mayor Bill de Blasio responded to the news that Amazon backed out by declaring,” “You have to be tough to make it in New York City,” which is a statement the Times didn’t appreciate.

“What a strange thing for the mayor to take pride in. It’s certainly true that you have to be tough these days. But that’s because the subways don’t work, the streets are gridlocked, the housing is unaffordable, the shelters are overcrowded, and the schools are segregated and often inadequate,” the Editorial Board wrote.

The board then reminded readers to “think how much tougher it’ll become for the typical citizen,” as opposed to “the ones who ride in chauffeured government cars” if the city develops a reputation of “for the smugness of its politicians and their hostility to business.”

The Times then admits the deal had issues, but it feels that doesn’t justify the shock loss of 25,000 jobs and roughly $27 billion in tax revenue over the next 20 years. 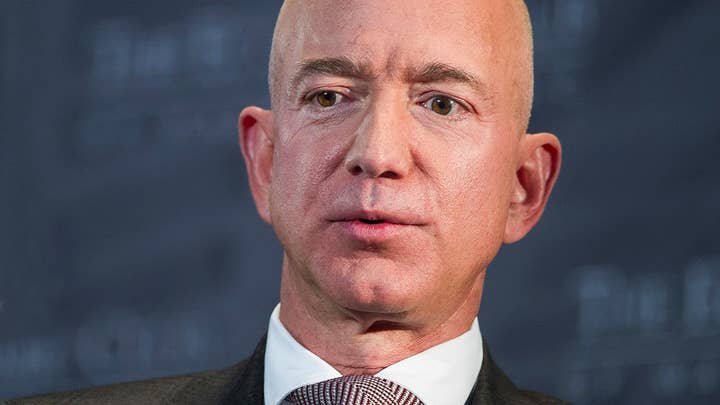 “This embarrassment to the city presents a painful lesson in how bumper-sticker slogans and the hubris of elected — and corporate — officials can create losers on all sides,” the Editorial Board wrote.

The paper then noted that “elected officials who identify as progressive painted Amazon as a rapacious engine of inequality,” while few were actually interested in trying to improve the deal and instead spent their time grandstanding.

“They missed an opportunity to try to get the company to help address housing and infrastructure problems that the development, for all its benefits, would exacerbate,” the paper wrote.

The Editorial Board then mocked de Blasio for claiming that Amazon’s competitors will realize New York City’s talent if the tech giant doesn’t.

“Because, you know, Amazon’s competitors have a great track record of seeing the future more clearly than Jeff Bezos,” the paper wrote.

Democratic Gov. Andrew Cuomo – the older brother of CNN host Chris Cuomo – blamed the New York State Senate for Amazon’s decision not to come to New York. The Times noted that “he’s got a point” but it feels others are at fault, too.

‘Blame also needs to be assigned, of course, to a system in which powerful corporations can milk billions in tax benefits out of cities and states to locate facilities, without any added investment in infrastructure, schools and other benefits,” the Times wrote. “Cuomo and de Blasio should have better prepared for what was in store.”

The Editorial Board added, “It’s partly thanks to the failure of these elected leaders to seriously address the subway and housing crises that Amazon was met by some with such visceral anger and anxiety.”

The paper wrapped up the takedown of New York City’s Democratic leaders by calling the debacle a “missed opportunity,” while hoping that it could at least be a lesson learned.