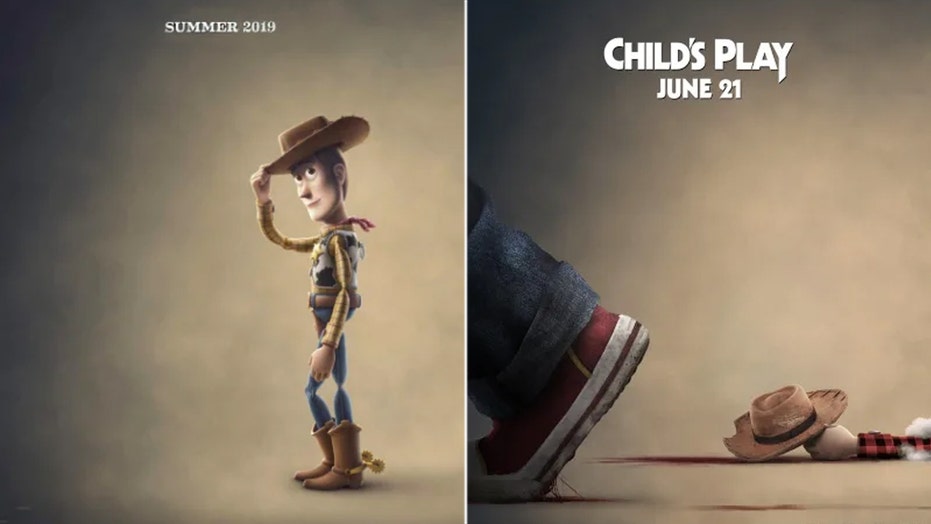 The latest teaser poster for the reboot of the 1988 horror flick “Child’s Play” takes a stab at another upcoming movie, “Toy Story 4.”

The two films – one a take on a classic horror film about a killer doll and the other a beloved family film – are both slated to be released on June 21, 2019. However, “Child’s Play” came out swinging, hoping to lure some moviegoers with a poster that appeared to show the doll’s bloody footprint and a hand holding a cowboy hat [similar to the hat Woody, the main character of “Toy Story” wears.]

The poster also had a similar background to the teaser poster of “Toy Story 4,” which was a picture of Woody tipping his hat.

“Star Wars” actor Mark Hamill, who voices the killer doll Chucky in the reboot, tweeted about the poster.