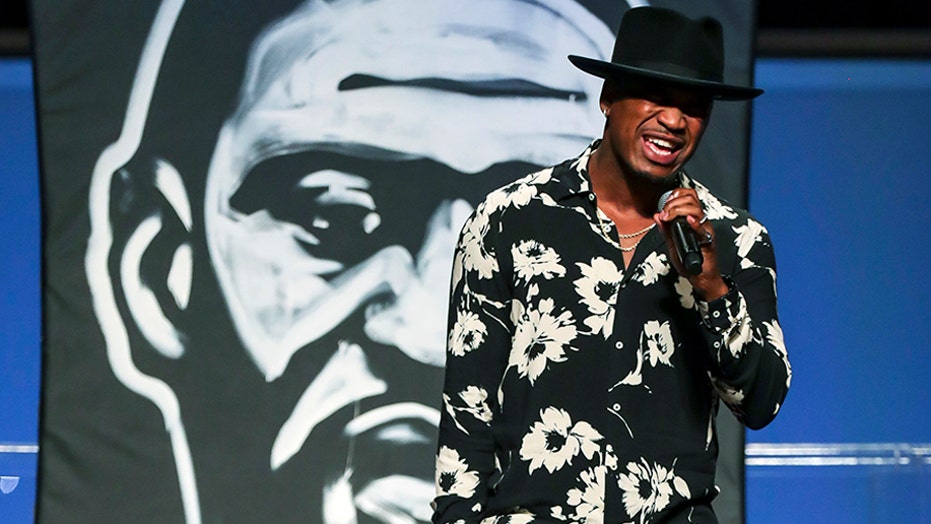 R&B singer Ne-Yo got some backlash for comments he made before his emotional performance at George Floyd’s funeral on Tuesday.

The “World of Dance” judge joined many celebrities and activists who gathered to mourn Floyd, who died on May 25 while in police custody in Minneapolis, Minn. after Officer Derek Chauvin knelt on his neck for more than eight minutes while other officers watched. The moment, which was captured on video, sparked a slew of protests across the U.S. as people, specifically in the black community, have called for police reform.

Ne-Yo, whose real name is Shaffer Chimere Smith, got emotional while singing an a cappella rendition of the G.C. Cameron song “It’s So Hard to Say Goodbye to Yesterday,” made popular by Boyz II Men. However, some who viewed the live stream of the funeral took issue with an introduction the artist gave to the performance in which he thanked Floyd for his “sacrifice” that sparked the nationwide protests.

“Fifty states are protesting at the same time. This man changed the world — changed the world for the better. So, I just want to personally thank George Floyd for his sacrifice, so that my kids can be all right later on. I appreciate the sacrifice, my brother, I genuinely do,” the father of four said according to Yahoo Entertainment.

Singer Ne-Yo performs a song during the funeral for George Floyd on Tuesday, June 9, 2020, at The Fountain of Praise church in Houston. (Godofredo A. Vásquez/Houston Chronicle via AP, Pool)

Many were quick to take to Twitter to correct the artist on the definition of "sacrifice," noting that Floyd did not willingly lose his life.

"I'm sorry, but Indid not like Ne-Yo saying "thank you for your sacrifice George Floyd." SACRIFICE?!!!!! It makes it seem like George willingly chose to be murdered. Poor choice of words. #GeorgeFloydMemorial," one user wrote.

"I thought I was trippin when I heard Ne-Yo say George Floyd’s death was a sacrifice but I’m glad I wasn’t the only one. That was yikes he was murdered sir," another user wrote.

"Ne-Yo thanked #GeorgeFloyd for his sacrifice. Whose going to tell NeYo what really happened? #GeorgeFloydFuneral," a third user wrote.

"I just saw why ne-yo was trending. Smh murder is not a sacrifice," another user wrote.

Although the star caught backlash for his introduction, there were just as many people praising his performance at the funeral as there were people criticizing him on Twitter.

"Powerful performance by Ne-Yo at #GeorgeFloyd funeral," someone else wrote.

"Great job to @NeYoCompound on singing at George Floyd funeral today and I'm so proud of you now. #GeorgeFloydFuneral 🎤📺😍👍❤️," a third user wrote.

In addition to Ne-Yo, noteworthy figures such as Jamie Foxx, Channing Tatum, Rev. Al Sharpton and Joe Biden were in attendance at Floyd's funeral in Houston, Texas.