NBC News special correspondent and former “NBC Nightly News” anchor Tom Brokaw is warning that the big media companies fail to cover stories from all angles -- far from it.

"My impression is, and the people at NBC know, that I think there’s too much duplication,” Brokaw said in a new interview with SurvivorNet.

“There’s too much repeating the same thing all day long — a cycle," he explained. "Tell me something new. Tell me something that takes the story a little farther down the line. Also... get the hell out of Washington and out of New York — and go out there and cover it where it’s going on. Find out what’s happening there.” 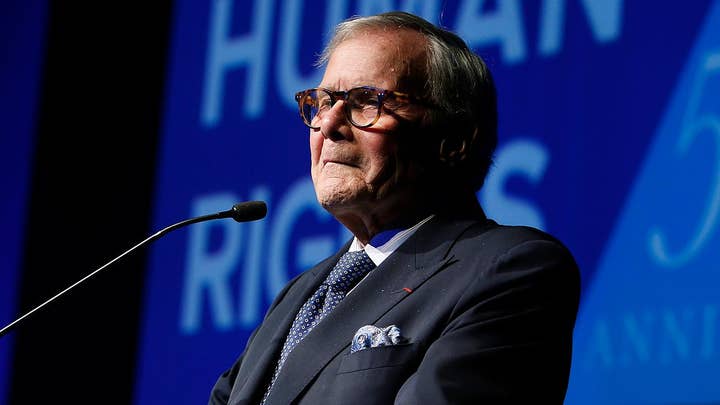 For Brokaw, who was diagnosed with incurable multiple myeloma in 2013, politics keeps him "distracted from cancer," the 79-year-old journalist said.

"We’re living through a very dynamic time, to put it mildly, in American politics. So that — that’s as important to me as my cancer is. And I think it helps me get through the cancer,” he shared. “So I’m not dwelling on this cancer all the time. I’ve got a fatal cancer. I don’t — I don’t wake up thinking that way.”

Following his diagnosis 6 years ago, Brokaw immediately sought treatment at the Mayo Clinic, noting that he was "keenly aware" not everyone had the same opportunity.

PAT SAJAK SENDS WELL-WISHES TO ALEX TREBEK FOLLOWING CANCER DIAGNOSIS: WE ‘ARE PULLING FOR YOU'

“That was... part of the blessing of my life is that I could pick up the phone and call the Mayo Clinic, and they would make room and send a plane right now,” he told the outlet. “99.9 percent of the people who get involved in this kind of a situation don’t have those opportunities, and I’m keenly aware of that.”

Brokaw revealed he still faced back pain and has started to use medical marijuana for relief.

“I’m now on medical marijuana for my back, for the first time,” he said, adding that he hasn't done “that before.”

“But in Florida, it’s complex. And I’m unraveling it full-time.”