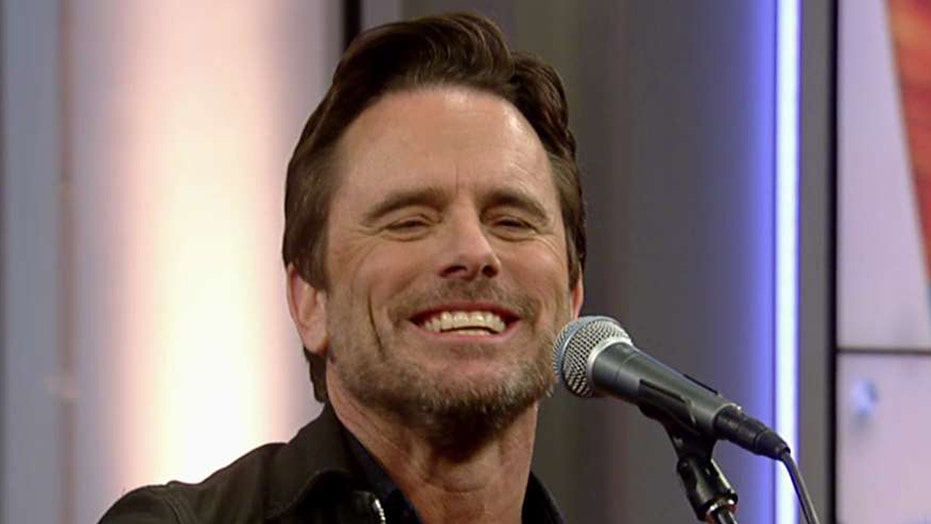 The Season 5 premiere of "Nashville" on its new home on CMT answered some of fans’ questions from Season 4 (like ‘what happened to Juliette?’), and opened up plenty of new intriguing story lines.

Season 5 kicks off with a bang — literally. After leaving fans on an intense cliffhanger at the end of Season 4, with the final moments showing Juliette’s (Hayden Panettiere) plane going down, viewers get a close-up look at the devastating wreckage from the plane crash. A mystery woman comes across the fiery scene and, upon discovering that Juliette is the lone survivor, sings a haunting hymn to her in an effort to keep the country star alive. As she’s now facing a spinal cord injury that leaves her paralyzed from the waist down, Juliette has made it her mission to find her “angel” and thank her for saving her life.

Meanwhile, business at Rayna’s label, Highway 65, is shaky, as the company takes a financial hit after paying off Maddie’s exploitative record deal and the lack of income from the Exes after getting kicked off Autumn Chase’s tour. After Rayna performs a gig for an uninterested audience, Silicon Valley bigwig and self-professed fanboy Zach Wells asks her a question that prompts her to come to reevaluate herself as an artist. The stressors in her life all funnel into a feeling of a lack of control in her life and prompts her to make the long road trip back to Nashville by herself to reassess her life on a journey of self-discovery.

Along the way, she encounters a blind man playing a song from her past, “The Wayfaring Stranger,” that reignites her inspiration for music — and life. Her solo trip reignites her passion for music and inspires the idea that she and Deacon (Charles Esten) should write an album together as a way to tell their story. But Deacon isn’t crazy about the idea, as he’s not eager to relive his tortured past, which in no way pleases Rayna.

Tensions rise between newly reunited lovebirds Scarlett (Clare Bowen) and Gunnar (Sam Palladio) when Scarlett gets upset about the selection for the Exes’ new single, causing a fight between the two about the song’s romantic meaning. Will Lexington (Chris Carmack) dances with temptation when a high-end male fashion designer comes on to him. He ultimately honors his loyalty to boyfriend Kevin Bix, but not before admitting to Gunnar that a part of him wanted to cheat.

Maddie (Lennon Stella) continues her struggle for independence, as she continues to distance herself from sister Daphne (Maisy Stella) musically. After initially lashing out at her sister for attempting to contribute to a song she’s writing solo, Maddie comes around to Daphne’s input, resulting in a beautiful duet. Meanwhile, Rayna gets a call from Zach, who reveals that he wants to break into the executive side of the country music world and wants to set up a meeting with Rayna to talk business.

After Deacon writes an emotional song about his feelings for Rayna that leads to a reconciliation between the two, the heartwarming scene is followed by a suspicious shot of an anonymous person staring out a bullet-shot car window, watching as Rayna walks into a building to close out the episode.

There’s no telling where the rest of the season might take these characters! Tune in to "Nashville" each Thursday on CMT.