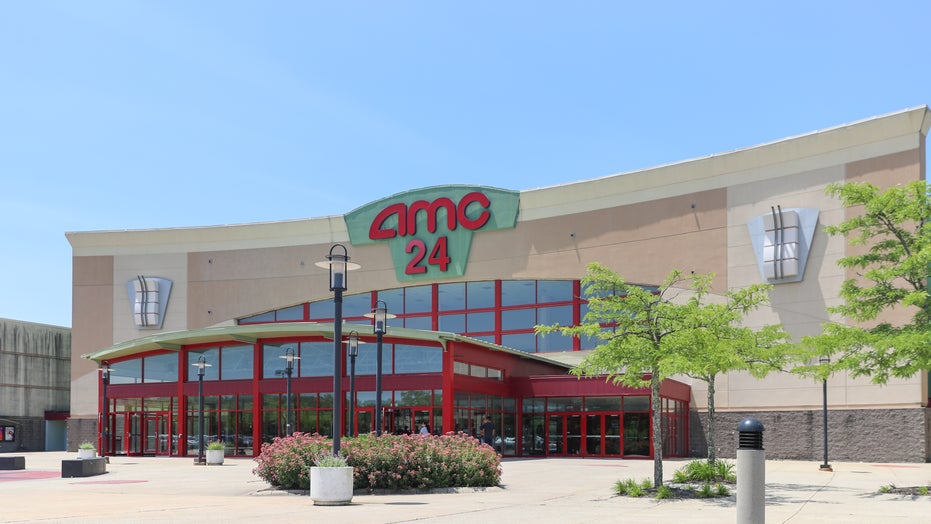 Movie theaters across the country are preparing to reopen after being shuttered for months due to the COVID-19 pandemic, but the experience won't be quite the same for audiences.

AMC Theaters, the world's largest theater operator, said Tuesday that it expects to have 97-98% of its theaters worldwide reopened by mid-July. The National Association of Theater Owners, the trade group that represents exhibitors, expects some 90-95% of cinemas around the world will be opened by then as well. However, both cautioned that new restrictions will be put in place to promote social distancing.

A lot is still “fluid,” as AMC Entertainment’s chief executive, Adam Aron, said in a call Tuesday with investors. But provided flare-ups of the coronavirus don’t unmake plans, the industry is gearing up for a dramatic resumption of widespread business just in time for Christopher Nolan’s “Tenet.” The Warner Bros. thriller, the latest from arguably Hollywood’s most passionate defender of the big-screen experience, is slated for release July 17.

It's still unclear when "Tenet" will be released, but it is still expected to be the first blockbuster that moviegoers will return to following months in lockdown. Aron said that AMC’s conversations as recently as Monday with Warner Bros. and Disney, which has “Mulan” slated for July 24, have been reassuring.

The larger question might be whether moviegoers feel safe returning to theaters. Health officials have warned that large indoor gatherings are risky. Broadway theaters, for example, will remain dark through at least early September. It will be up to movie theater operators to convince moviegoers that their establishments are safe to once again sit in the dark among strangers.

Only recently have state guidelines allowed the reopening of theaters in California (including in the country’s top market, Los Angeles, where local officials have yet to agree). In New York City, open cinemas come in phase four of its reopening schedule; it began phase one only on Monday. Aron granted New York theaters, which constitute the second largest market, may not open in time for “Tenet.”

Theaters have slowly been reopening in other areas of the country, while a renaissance of drive-ins has flourished. Cinemark, which operates about 6,000 U.S. screens has said it will begin reopening in late June and fully reopen by July 10. Cineworld, which owns Regal Cinemas, the world’s second-largest chain, is also tracking for a July reopening.

But AMC’s announcement Tuesday signaled the most ambitious and widespread plan for a resumption of business.

“After a period of time where billions of people have endured confinement and limited social interaction, we believe that there will be a significant pent-up demand to get back out in the world,” said Aron. “Having said that, we’re under no illusions. The waters will be choppy. There may be unforeseen tosses and turns to be navigated through. And full recovery may take quite a while.”

AMC, like other chains, expects to limit audience sizes to facilitate social distancing, including keeping cinemas 25-50% full and blocking out seats. Cinemas will be regularly cleaned. Ordering concessions will be possible from an app. As a kind of test case, AMC has already opened 10 theaters in Europe. Three theaters in Norway sold 83% of available tickets, said Aron.

Although 25% capacity may sound like an untenable business model, Aron said movie theaters are usually part-empty, calling them — unlike typically sold-out Broadway theaters — “a church built for Easter Sunday.” He was optimistic box-office returns wouldn’t be badly jeopardized, especially since 12-20 screen multiplexes will likely be showing only a handful of films. With so many working from home due to the pandemic, moviegoing may also not be as focused on Friday and Saturday.

AMC theaters are poised to start reopening after the coronavirus pandemic shuttered movie theaters across the country. (Getty Images)

Before “Tenet” arrives, theaters will play — just as those that are currently open are showing — recent and classic catalog offerings. The Russell Crowe thriller “Unhinged,” from Solstice Studios, is also set for July 1. Shortly after AMC’s announcement, Sony Pictures said it will roll out the romantic comedy “The Broken Hearts Gallery” on July 10, only in theaters.

“We have faith in a theatrical rebound, and we look forward to being there right out of the gate with our exhibition partners’ anticipated reemergence, as — and when — state-by-state safety guidelines are met,” said Josh Greenstein, president of Sony’s Motion Picture Group.

The prolonged closure has had a crushing effect on theater chains, forcing the furloughing and firing of tens of thousands of workers. Rumors of bankruptcy have swirled around AMC. On Tuesday, it said it lost $2.18 billion in the second quarter. Ticket sales have overall been on a slow decline.

Aron acknowledged some cinemas will stay shut. The news comes after a heated fight between theater chains and studios who opted to send some titles directly to video on demand rather than postpone their release indefinitely at the onset of the pandemic. "Trolls World Tour," for example, scored a massive payday for a VOD release. When Universal Pictures said that VOD may be the way of the future, AMC responded by saying it would no longer carry the studio's films in its theaters.

The success of 'Trolls World Tour' prompted a heated exchange between AMC Theaters and Universal Pictures. (DreamWorks Animation via AP)

Though a handful of movies have been steered to streaming or on-demand platforms during the pandemic, most studio films have been postponed until theaters reopen. Universal Pictures has moved more aggressively to put digitally distribute some of its films, drawing the fury of theater owners. AMC, which previously said it would cease playing Universal releases, said Tuesday that it remains in “active negotiations” with the studio but that no Universal movies “are currently on our docket.”