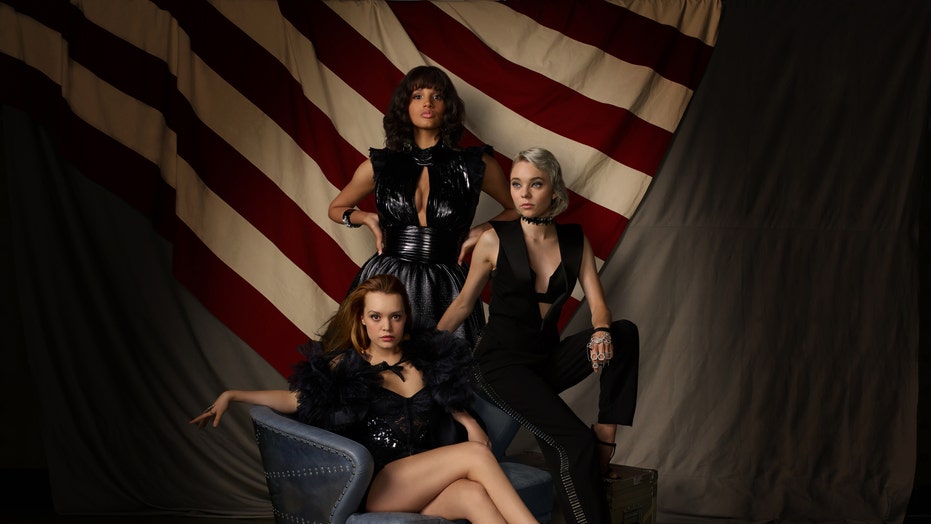 "Motherland: Fort Salem" is Freeform's latest highly anticipated TV series that puts its female actors and character on the front lines -- both literally and figuratively.

The drama series follows characters Abigail (Ashley Nicole Williams), Tally (Jessica Sutton), and Raelle (Taylor Hickson) who are witches training to fight on the front lines for our country.

One aspect of the series that intrigued Williams was the reversal of gender roles in the show's alternate present-day America.

"I love the female empowerment in this show," Williams told Fox News. "We want other women to be empowered from our show and we want to tell them that they can be anything they set their mind to. You have a voice."

"It's something you don't see often in television and media," Hickson said of the strong female characters. "[Female] characters are typically following the lead of men or we're the wives or the sister or the girlfriend -- very secondary characters in a male-driven narrative."

This show actively fought against those stereotypes. "We dove into incredibly uncomfortable issues. We open up these really hard conversations with the hopes to see improvements in our society," Hickson added.

ALL THE TV SHOWS RETURNING IN MARCH, FROM 'WESTWORLD' TO 'SUPERNATURAL'

Most importantly, the cast members on "Motherland" developed a close bond throughout the shooting process.

"I got on set, it was literally like an instant connection, instant family," Williams described. "That's great to have on set because I feel like in our world it's a lot of woman versus woman. And I think also in our show, we try and break that stigma down. We want girls to cheer for one another and root for one another."

Hickson was grateful for the bond because previously in her career she found herself struggling to have friendships with women. "I always felt like women were pitted against each other," she admitted.

MOST POPULAR SITCOM CATCHPHRASES OF ALL TIME, FROM 'AYYYY!' TO 'HELLO, NEWMAN'

Being a part of the show for her has been a "healing process" because the women both in front and behind the camera have "become my mentors and my friends. We have each other's backs."

Sutton, who's originally from Cape Town, South Africa, said she's "immensely grateful" because the show and its people "changed my life as a woman, as an actor."

"I feel the luckiest to have grown up with such incredible women, such as my castmates. We were really lucky to have found each other," she said.

Hickson echoed those sentiments. "Exploring this rebellious [character] taught me so much about myself and it opened my eyes to damaging social constructs that I hadn't realized were still present," she noted.

"I think that's what we want for our 'Motherland' viewers," Hickson explained. "We want our viewers of every kind to feel heard and supported and like they belong and they have they have a place to go and in times of need."