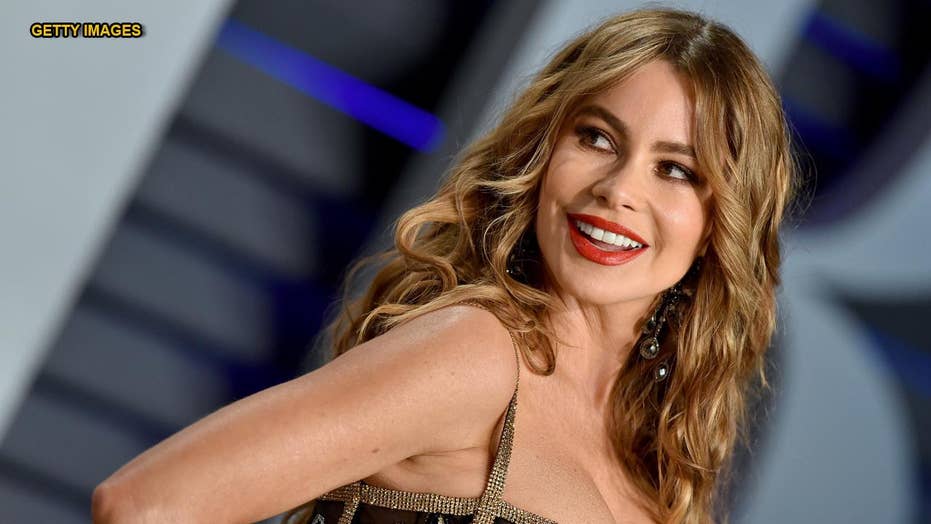 'Modern Family' star Sofia Vergara threw it back to the '90s when she posted a topless modeling photo of herself to her Instagram. In the photo, the actress sported blonde hair and gold strings draped across her topless torso. This isn't the first time Vergara has shared a blast-from-the-past photo either. Last July, the actress shared a photo of herself modeling a yellow swimsuit to celebrate National Bikini Day.

The “Modern Family” actress and her family reportedly left her Caribbean vacation home "Casa Chipi Chipi" in a private jet ahead of the anticipated arrival of Hurricane Dorian, according to People Magazine.

Vergara posted a photo of herself and her family members in a private jet Friday saying “Bye Bye Dorian!! 💦”

“Probably not one of your best moments, to gloat about evacuating in a private jet while those less fortunate than you are stuck,” one person wrote.

“It must be nice to be wealthy,” another commented. “You aren’t self-aware, are you?”

Some defended Vergara and said she did nothing wrong.

“Don't apologize Sofia! This selfish 'me me me' crowd on social media is beyond pathetic! You did absolutely nothing wrong putting out a short Instagram leaving the storm area,” a fan said. “Do NOT apologize!”

Another responded, “Thank God for private jet! Good to see you and yours keeping safe and sound. Lots of love!!!”

Dorian has strengthened to a dangerous Category 4 storm with winds of 150 mph, the National Hurricane Center said Saturday.

Hurricane warnings have been in effect for the northwestern Bahamas, where the storm is expected to hit Sunday before it approaches Florida's east coast late Monday, the NHC said.

A photo of Vergara and her girlfriends posing with drinks had the caption, “Esperando a Dorian💦🌊,” or “Waiting for Dorian," which also drew a slew of criticism online.

"Not funny girls. You sound like a couple [of] bimbos! Making with the jokes about a very potential tragic event in Florida," one person said. "America has been good to you. Show some respect and empathy to your Florida fans."