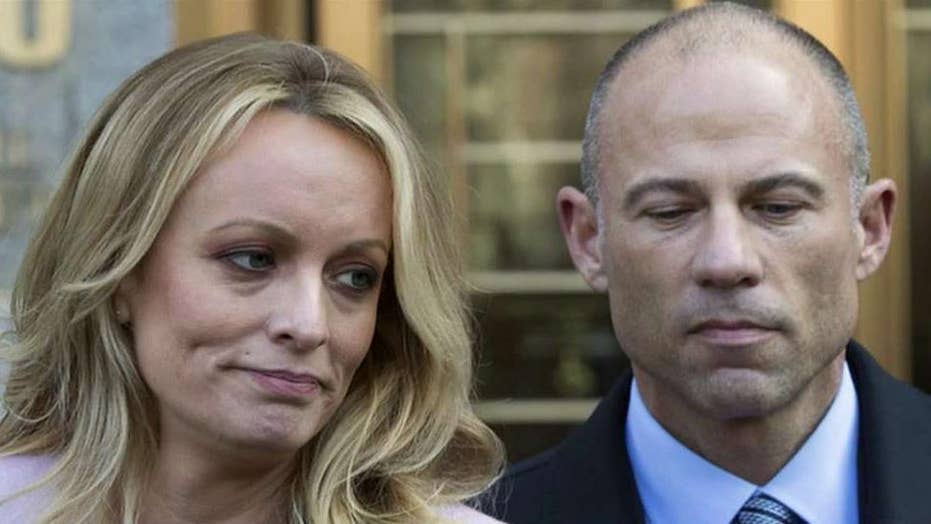 McCain lamented the fact that she and others in the media helped Avenatti gain attention.

Co-host Joy Behar pushed back on the idea that she owed Daniels an apology.

"I'm not clear, why do I owe her an apology?" Behar asked.

McCain responded by claiming that her show "put up a fraudster" by hosting Avenatti.

According to research from the conservative Media Research Center, Avenatti appeared only twice on Fox News but 121 times on CNN, 108 times on MSNBC, and 24 times on broadcast news. Avenatti also received an estimated $174,631,598.07 in free media during a few months in 2018.

Amid the news, The Washington Free Beacon, which reported that estimate, posted a series of clips in which television hosts, including Behar, promoted the controversial attorney.

DAN GAINOR: MICHAEL AVENATTI, ONCE A MEDIA STAR, SHINES NO MORE AS HE FACES CRIMINAL CHARGES

Co-host Whoopi Goldberg followed McCain by arguing that Avenatti "fooled" the show. "Let's go from here, this was her lawyer. So, she was fooled, the show was fooled ... and the bottom line in all of this is you don't know till you know," Goldberg said.

Avenatti, in an emailed statement to Fox News, said he would be exonerated.

"I look forward to a jury hearing all of the evidence and passing judgment on my conduct," he said.

"At no time was any money misappropriated or mishandled. I will be fully exonerated once the relevant emails, contracts, text messages, and documents are presented."