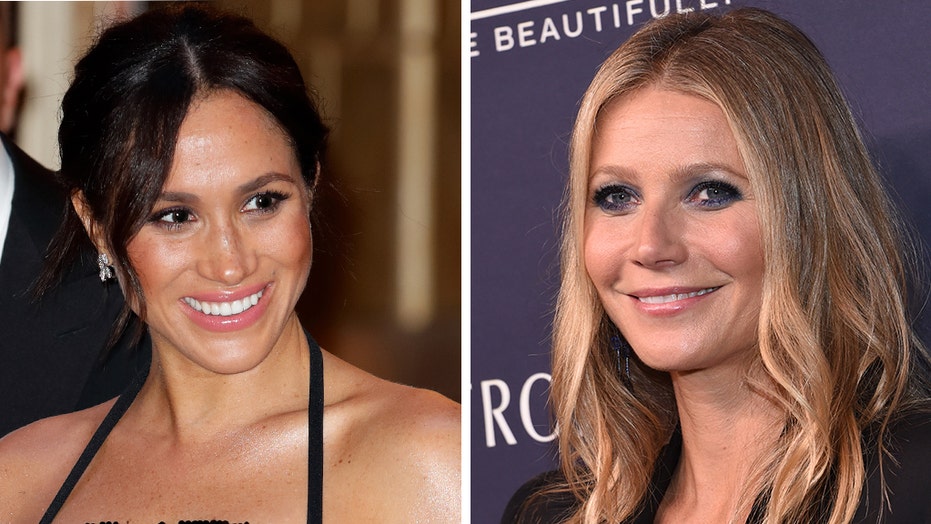 One royal author believes it’s unlikely the Duchess of Sussex will go toe-to-toe with the queen of Goop.

Author Leslie Carroll, who chronicled the couple’s romance in her 2018 book, “American Princess: The Love Story of Meghan Markle and Prince Harry,” told Fox News that we shouldn’t expect a royal rumble between Meghan Markle and Gwyneth Paltrow, 47, anytime soon. Carroll's comments come after royal expert Myka Meier recently told the Royally Obsessed podcast that Markle, 38, is reportedly going to relaunch her lifestyle blog The Tig, which will compete with Paltrow’s own brand.

“I think Meghan is going to have another Instagram,” Meier said. “I think she’s going to do a Goop, like a new version of The Tig… I really think that’s coming. I have a friend with a little bit of insider knowledge, and I think she’s already working on something. I think we will be seeing something very interesting and creative with masterminds from all over the world coming together to bring something inspiring soon.”

The Tig, which previously covered fashion, beauty, food and travel, was shut down in 2017 before the former American actress married Britain’s Prince Harry in May 2018.

Some experts have argued that if Markle were to relaunch The Tig, she could rake in millions, which would be essential after she and Harry, 35, stressed they wanted to be financially independent.

Most recently, Markle has narrated the Disney documentary “Elephant.”

“Although she was a lifestyle blogger before she met and married Harry, she has always been about philanthropy, as well as her focus on the empowerment of women and girls,” Carroll pointed out. “My intuition tells me that if Meghan were to launch a new blog, she will not choose to compete with Gwyneth at all in the Goop marketplace of pricey scented candles and questionable self-care.”

“As a way of prognosticating where a possible new Duchess of Sussex blog might focus, let's look at what she has chosen to do in the middle of the coronavirus pandemic in Los Angeles as an example of where her focus is,” Carroll continued. “Now that she has stepped back from her royal duties, she and Harry are anonymously handing out food during a pandemic, pitching in alongside other volunteers. This is exactly how Meghan was raised by her mother Doria [Ragland] in Los Angeles -- handing out food at soup kitchens on Skid Row when she was an adolescent.

“She has also kept up with her UK patronage of Smart Works, video-chatting with a young woman who earned an internship and plans to go into the field of mental health,” added Carroll.

Carroll also shared that if Markle were to relaunch The Tig, it won't be anytime now. Instead, she expects the duchess to focus more on her philanthropic endeavors. Also, a blog launch would be heavily scrutinized by tabloids while she’s attempting to settle into her new life across the pond.

“It may play straight into the hands of those who have always thought that Meghan only married Harry in the first place as an act of self-aggrandizement, to elevate her own brand,” said Carroll. “A restart of The Tig, which was part of her pre-royal marriage image, sadly plays into the hand of Meghan-haters, who consistently wish her nothing but the worst and inevitably impugn the most pecuniary motives to the duchess.”

Meghan Markle was spotted on a Zoom call showing support during the coronavirus outbreak. (The Felix Project)

“Throughout her life, her trajectory -- in my opinion -- has always been a forward one, which would make me inclined to speculate that if she were to relaunch a blog -- any blog -- she wouldn't go back to her previous one,” said Carroll. “It would be one with a different name, rather than a return to one she did before her royal marriage; as well as one with a different focus.”

Markle is currently residing in Los Angeles alongside Harry and their son Archie.

On Jan, 8, the couple announced they were stepping back as senior members of the British royal family and instead would work independently, splitting their time between the United Kingdom and North America.

The couple added they will continue to work with the reigning monarch, 94, as well as Harry’s father Prince Charles and older brother, Prince William.