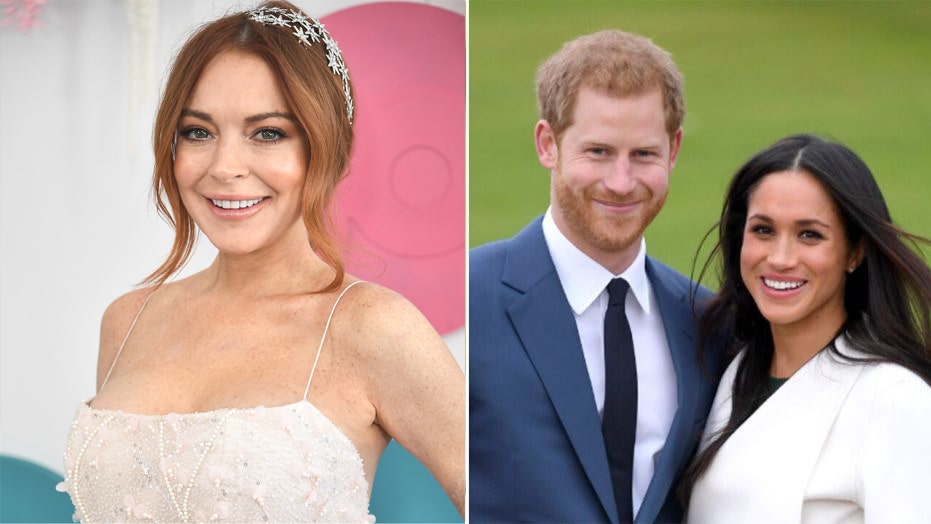 Having been in the spotlight since childhood, Lindsay Lohan knows about the paparazzi that Meghan Markle and Prince Harry will have to face after their reported move to the Los Angeles area.

The "Parent Trap" star, 33, was recently featured on Andy Cohen's SiriusXM show, "Andy Cohen Live," where she discussed the royals' move to California.

When Cohen, 51, asked Lohan whether he had any advice for Markle, 38, and Harry, 35, as they begin a new life in an area with "a ton of paparazzi."

"I mean, unless they own another, a different private beach, right?" joked Lohan. "You can't go to those beaches without being -- you can't even surf out far enough."

Lohan explained that it's "really hard to do anything publically" in a place that is so paparazzi-heavy, but the timing of their move may prove beneficial.

"The timing right now, luckily, everyone is more at home," said Lohan. "But once that's over, just get drivers."

Per Entertainment Tonight, the actress also discussed a possible sequel to her hit film "Mean Girls" from 2004.

"I think there definitely is momentum towards it," she said. "I'm actually trying to get on a call, hopefully in the next week or two, with [writer] Tina [Fey], and even [director] Mark Waters and Lacey [Chabert]. Because I'm close with the other cast, to just get us on a call... to see what everyone's thinking."

She added: "That would be my dream, to come back and film with a sequel to Mean Girls."