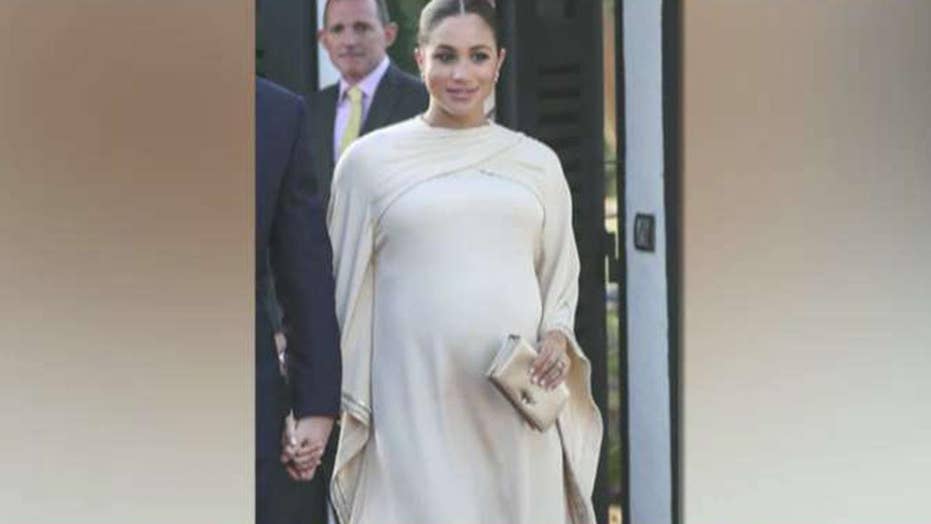 Meghan Markle and Prince Harry will likely start their own traditions with their first child — and it may start with the delivery room.

While there are many customs of the British monarchy the royal couple is expected to follow, such as breaking the news about the baby's birth first to Queen Elizabeth or naming the child after royalty, some rumors have been floating around that Markle is considering a home birth.

A source close to the 37-year-old Duchess of Sussex recently told the Daily Mail it's Markle's "favored choice," though the pair hasn't ruled out a brief hospital stay, noting that she's at a higher risk of complications given her age. If she does opt to deliver at Frogmore Cottage, the British tabloid reports that she would be surrounded by a team of midwives.

However, it's worth noting that it's fairly standard for a team of midwives to be on hand during the birth of a royal baby. Kate Middleton had at least three present during the birth of Princess Charlotte, despite reportedly having at least 20 medical professionals at her disposal.

Marcus Setchell, who was Queen Elizabeth's surgeon-gynecologist, said it's important to have midwives on hand in the event of an emergency.

"There are certain situations when someone is giving birth that it's important not just to have a specialist sort of available at the end of a telephone, but actually in the same room to deal with anything that's immediately going to be wrong," he told The Telegraph in April 2018.

The palace hasn't released any official details about Markle's delivery plans yet, but if she doesn't go forward with the home birth it's likely she'll head to St. Mary’s Hospital in London, England — following in the royal family's footsteps.

Typically, the hospital starts putting up no parking signs outside of the hospital weeks before the expected due date.

Markle previously revealed to royal fans that she's due in late April, though she hasn't given an exact date.