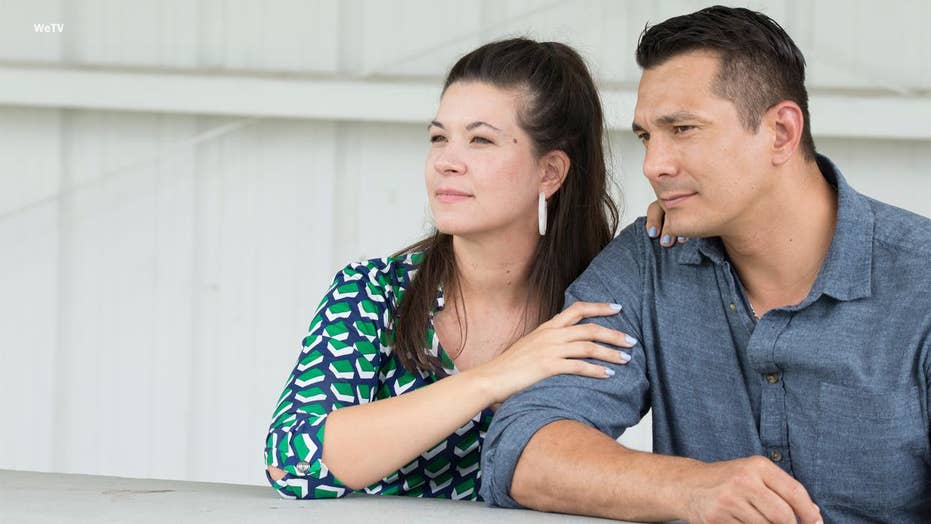 Married first cousins explain why they’re declaring their love in doc: ‘We’re really like everyone else’

Angie and Michael are willing to risk it all in the name of love — even if means being disowned by some family members and spending time behind bars.

The husband and wife from Eagle Mountain, Utah, are first cousins. Angie’s father happens to be the older brother of Michael’s mother. The couple, both 38, are the subjects of a new reality show on WETV titled “Extreme Love,” which explores how traditional ideas of love are reimagined across the country.

But the pair, who are expecting their first child together due in May, insist there isn’t anything “extreme” about their relationship.

“We’re really like everyone else,” Michael told Fox News. “We’re not parading it around. I think people get the idea that we are running down the street, like you know, making out, screaming, ‘We’re cousins!’ We do the same thing that everyone else does. We put our pants on one leg at a time like everyone else. We’re really just a normal couple and… worldwide it’s quite common. I think it’s just in our culture that it’s taboo.”

Angie and Michael are appearing on WETV's "Extreme Love." (WETV)

The legality of cousin marriages in the United States varies from state to state. Twenty-five states prohibit marriages between first cousins. Nineteen states and the District of Columbia allow first cousins to marry. And in six states, first-cousin marriages are allowed only under certain circumstances.

In the case of Utah, marriages between first cousins are forbidden under most circumstances. It is only legal for couples 65 years or older, or if both are 55 or older and one is unable to reproduce.

In March 2019, Angie and Michael traveled to Colorado, where they could get legally married. They also began petitioning their home state to change its laws restricting marriages between first cousins. The online petition currently has 1,611 supporters.

“All the efforts that we’ve gone through to show that we do have respect for the law and we’re trying to change the law,” she continued. “We’re not just hiding out, doing our own thing. We’ve… done as much as we can within the law.”

First cousins Angie and Michael drove from Utah to Colorado to get legally married. (WETV)

For Michael, it was love at first sight when they met at age seven.

“I’ve always wanted to be with Angie,” he explained. “Point blank, period. I don’t know if she ever knew that, but when I look at her, I’ve never been able to see that in any other woman in my life. I’ve had dreams about her since I can remember. I always had this weird feeling that there was no other woman that would ever make me feel like that. And it turns out I was right… For me, it was just natural.”

It was also at age seven when the pair snuck off into a closet and shared their first kiss.

“I even stopped her mother in the hallway one morning, like after breakfast,” Michael recalled. “I said, ‘I’m going to marry Angie.’ This is my aunt, her mother… She goes, ‘No, you can’t, but you can be friends.’ I just felt like… you don’t even know what you’re talking about. I’ve always felt that way about her.”

Angie also insisted that she realized their bond was unmistakable when they saw each other again at about 10 years old.

“I remember looking at him and it felt like I was looking at myself,” she said. “Like a part of my soul was reflecting back to me and we would just look at each other and say we love each other. It was understood. It was just a soul connection we’ve always had.”

Angie and Michael are expecting a child together in May. (WETV)

Angie and Michael went on to live separate lives and even went on to marry other people, the New York Post said. Angie gave birth to two daughters, now 17 and 16, as well as a son, 12, with her ex-husband. Michael and his first wife were married for four years but had no children.

Angie found herself single in 2010 and Michael two years later. According to the outlet, Angie settled in Utah in October 2018 and discovered on Facebook that Michael was also in the area. When they reunited at their grandmother’s Christmas party, they soon started dating.

Some family members were outraged when the duo posted a photo of themselves on Facebook French kissing. Their cousin Cathy, who appears on “Extreme Love,” made it clear she disowned them. Michael said other relatives eventually came around to the idea of the couple being openly together.

'“I remember looking at him and it felt like I was looking at myself. Like a part of my soul was reflecting back to me.'

“With our extended family, it did part some controversy,” said Angie. “And a lot of the extended family just have chosen not to participate and not to get involved with our situation.”

Michael noted: “Every year we have this white elephant gift part. That’s how we reconnected… They are not having one this year. I don’t think they’re going to be having any future events involving the whole family… I think they’re afraid that if they do hold it, that we’ll show up and it’s going to cause an uproar.”

Angie and Michael are aware that some viewers will immediately slam the couple, insisting their appearance on “Extreme Love” will only embarrass — and horrify — their family. They have a message for their critics.

Angie and Michael as children. (WETV)

“Are you ashamed of your marriage with your husband or wife?” Michael pointed out. “Are you ashamed of your relationship? Should you go hide in the corner and say, ‘Well, we’re not cousins.’ That doesn’t change the fact that we’re together. I don’t feel like I should have to, or Angie and I should have to keep it some kind of a secret as if no one can know about it. Or lie about it. That’s the worst thing I want to do — is lie about it.”

If the couple were to have children, the chance they will have a genetic disorder is 4 to 7 percent more likely, compared to 3-4 percent for non-related couples, KTVX-TV reported, citing researchers at Columbia University.

Angie shared she sought genetic prenatal testing to ensure they would have a healthy baby — and their results are “second to perfect.”

The couple shared they have no regrets about coming out with their relationship. They hope their appearance on “Extreme Love” will show audiences they’re actually quite ordinary.

“I think that there’s bigger fish to fry [in this country],” said Michael. “I think our state’s resources and our country’s resources could be better spent hunting down a criminal syndicate perhaps, or maybe like a drug-smuggling ring or a child smuggling ring — something severe. I think busting into a house to break up a family… I think they got better things to do with our taxpayer’s money than do that, I would hope.”