Maren Morris is taking the country world by storm. The pint-sized country cutie has announced her major label debut, appropriately titled "Hero," and opened up to us at Taste of Country Nights about why the title was so fitting.

"Hero" will be released on June 3, and Morris co-wrote each of the 11 songs on the album and co-produced it with producer busbee. There’s no song on the album titled "Hero," but it was one of the songs’ lyrics that helped her generate her debut record’s name.

“I actually named the record based off of one of the songs off the record called ‘I Wish I Was,’ and it says in the chorus of that song, ‘I’m not the hero in this story.’ I just think about the headspace I was in the day I wrote that song, where I’m basically having to end a relationship and be the bad guy and how far I’ve come since that day,” she divulges.

The title fits where she is now. She doesn’t rely on anyone else to save her, she’s her own hero.

“It’s really been this long journey to be able to say that I’ve become my own hero,” Morris continues. “This album really reflects every moment of that journey.”

The same week her album drops, Morris will be on the road with Keith Urban for the Ripcord World Tour 2016 on June 2 in Kansas City. 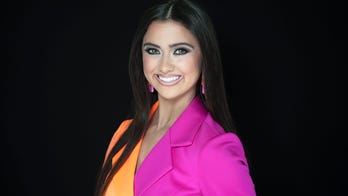