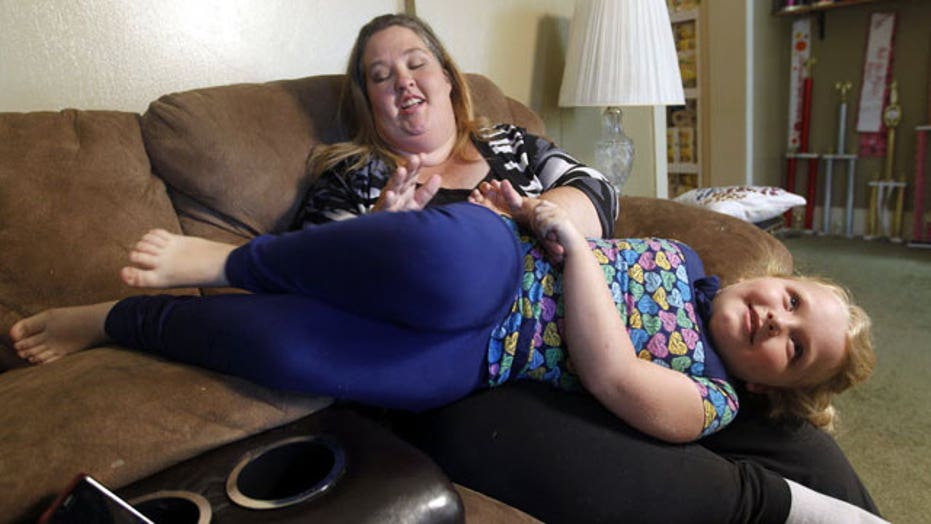 Mama June's kids could be taken away by child services

In an exclusive sit-down with ET's Brooke Anderson, June "Mama June" Shannon's past that continues to be dredged up following allegations that she rekindled her relationship with convicted child molester Mark McDaniel.

As the 35-year-old mother of four attempted to explain her current relationship with McDaniel -- "I did see this person twice", she says -- some very upsetting details about June's own upbringing have come to light.

Saying she was neither molested nor abused growing up, Mama June did reveal that she lost her virginity at age 12 with a former classmate. "I had no idea what it was, how to whatever," she remembers. "And then it kind of escalated from there."

In addition to having her first sexual experience at a young age, June also tells us she was involved with men who were significantly older than her.

"I was dating men who were in their 20s and 30s," said Mama June, who got pregnant with Anna when she was 14. "I was just honestly looking for the attention I wasn't getting at home."

Of course, this revelation makes us wonder if her becoming sexually active at such an early age, made her any less sensitive towards her daughter Anna's plight. Anna filed charges with the help of her grandmother against McDaniel when she was 8-years-old after he molested her.

"I don't think that my sexual experiences at a young age makes anything different than what Anna went through," Mama June said. "It doesn't make it any better."

"You don't think somebody you've been with for five years would do anything like that honestly," said Mama June, who now does believe her daughter's story. According to Mama June, she was skeptical "at first because [she] knew nothing about the situation up until almost two and a half years ago."