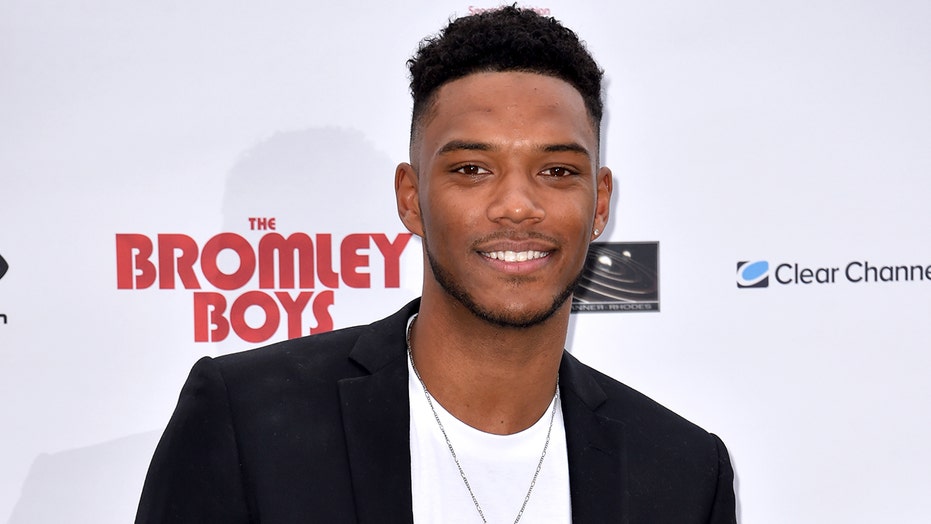 "Love Island" star Theo Campbell has revealed he has gone blind in his right eye after being hit by a champagne cork.

The reality star, 28,  - who broke the news today - was rushed to hospital while on holiday in Ibiza and underwent two rounds of surgery after his eye "split in half."

Sharing an image of himself with an eye patch on, while lying with girlfriend Kaz Crossley, he told fans today: “Thanks for all the messages and support I’ve got over the last couple days they’re all very much appreciated.

“So yeah basically 2 eye surgeries later after a really unfortunate accident, I’ve lost all vision in my right eye as it got split in half, who would have thought a champagne cork would be the end of me..”

He added: “But I still have 1 eye left, looking at the bright side of things. Thanks for flying out to look after me as well babe.

A source told OK! online: “Theo was on holiday in Ibiza enjoying himself when someone popped a bottle of Champagne and the cork flew into his eye.

"People were screaming when they realized what happened and saw the state of his eye. One of the guys said it looked like his eye had exploded.

"Theo was taken to hospital and we haven't heard from him since. Kaz flew out to see him and will be staying with him until he's able to leave and go back to England."

Just two days ago Theo shared a picture of himself partying in Ibiza alongside Wayne Lineker at O Beach, on champagne Veuve Clicot's table.

Georgia Harrison commented: “Love you more than anything in the world. Nothing will hold you back I promise xxxxxxxx.”

Marcel Somerville, who was on the show with him, wrote: “Ah bro sorry to hear this news, everything will be bless g, mad things happen in life but we roll with the punches. Mans jus got a new niche fashion accessory to rock.”

And Laura Anderson added: "Omg! This is insane. Hopefully see you both soon. Glad @kazcrossley is there to look after you. Story to tell the grand kids hey."

Kaz - who also found fame on "Love Island" - flew out to Ibiza to be by his side after they started dating earlier this year.

The couple went public in May of this year after spending time filming together in Thailand and have been inseparable ever since.

Kaz split from Josh Denzel in January – and Theo’s been mostly single since getting together with Tyla Carr in the "Love Island" villa.